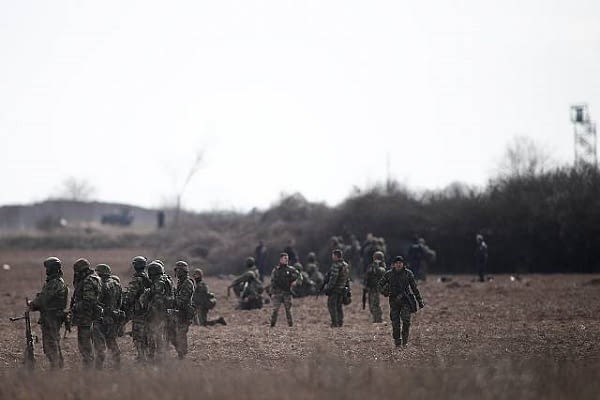 Turkish special forces troops have invaded a contested piece of land in Greece with tension close to being on a war footing.

Some 35 special forces and infantry soldiers crossed over the Greek border on the east bank of the River Evros at Melissokomeio, and the Turkish soldiers raised their flag from a tree, according to Greek sources.

The Evros River marks the border between the two countries and as the river moves, it leaves land that belongs to Greece, with land that also is technically part of Turkey.

It has been claimed by sources that the invasion took place as the Greek Army conducted a survey of the 1.6 hectare site to build more border fences.

The occupation by Turkish soldiers is illegal under international law and both Greece and Turkey joined NATO in 1952.

In 1974 Turkey invaded Cyprus which has left strained relations between Greece and Turkey, which was alleged the invasion was launched to prevent a suspected junta between Cyprus and Greece.

Earlier this year Turkish fighter jets were chased out of Greek airspace and the country was on the brink of “devastation” by Turkey over their blatant disobedience of the EU pact.

Poultry trade body say there is ‘definitely enough’ turkeys for...

Spain expected to be placed on ‘amber plus list within...

Fully vaccinated Brits travelling back from Spain and Greece could...