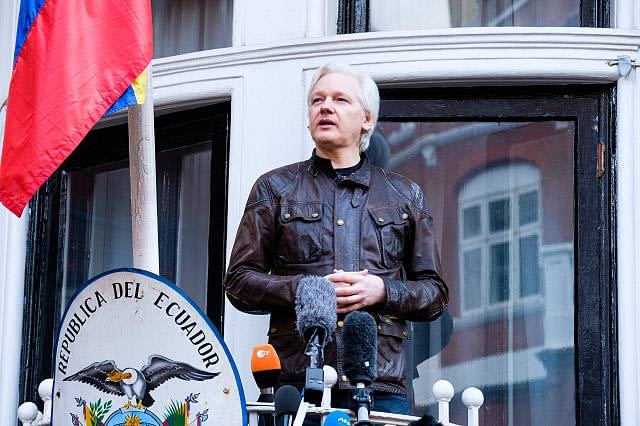 Swedish prosecutors have made an application for a detention order over Julian Assange.

Eva-Marie Persson, deputy director of public prosecution made the application at Uppsala district court, for WikiLeaks founder to be detained in his absence.

Persson said, “I request the District Court to detain Assange in his absence, on probable cause suspected for rape.

“If the court decides to detain him, I will issue a European Arrest Warrant concerning surrender to Sweden.”

Persson added, “In the event of a conflict between a European Arrest Warrant and a request for extradition from the US, UK authorities will decide on the order of priority.

“The outcome of this process is impossible to predict. However, in my view the Swedish case can proceed concurrently with the proceedings in the UK.”

Assange is facing extradition to the US, and on Monday Assange’s property from the Ecuadorian embassy in London including legal documents, electronic equipment was being removed and “handed over” to the US.

The United Nations and Assange’s lawyers were not allowed to present during the removal of his private possessions.

Lawyers said the US authorities requested these materials and it is an illegal seizure of his property.