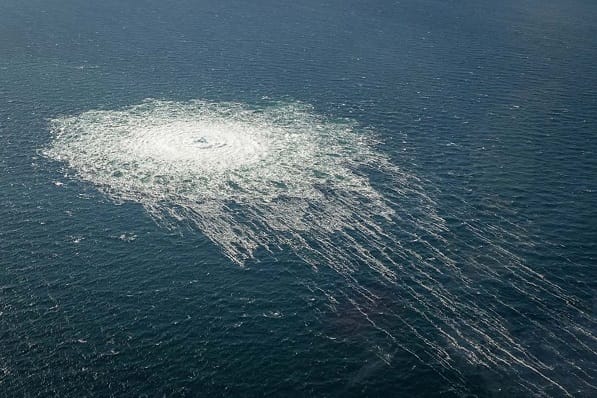 The Nord Stream gas explosion which happened last month shows that at least 160 feet of the pipeline, which is thought to have been destroyed in an act of “sabotage” by Moscow.

However suspicions have now arisen after Sweden has formally “shunned” a formal joint investigation with Russia.

A Stockholm prosecutor said they will not share any information at this time as the information that they have from their investigation is “directly linked to national security.”

Mats Ljungqvist, who is Sweden’s criminal investigation into the Nord Stream said Stockholm has rejected the proposal for a Joint Investigation Team from judicial co-operation agency Eurojust, which consists of Germany, Denmark and Sweden.

Ljungqvist told Reuters, “This is because there is information in our investigation that is subject to confidentiality directly linked to national security.”

A Swedish newspaper Expressen rerpoted that 164 feet of the Nord Stream gas pipeline was blown apart which was so powerful it measured 2.3 on the Richter scale.

Danish police confirmed that there is “extensive damage” and they are gathering evidence from the “crimes scenes”  and they added, this is “by no means a coincidence.”

Danish Defence Minister Morten Bodskov said, “It is very serious, and this is by no means a coincidence.

video of the damaged Nord Stream pipelines, shot by an underwater drone operated by @Expressen. Copenhagen police and Norwegian investigators said today that the damage was caused by "powerful explosions." pic.twitter.com/7XKq4XIuQT

However, Ali Abunimah who is a journalist said that Sweden’s refusal for a Joint Investigation Team from judicial co-operation agency Eurojust suggests that the government know that Moscow was not behind the explosions.

He wrote, “Could there be clearer confirmation they know it wasn’t Russia?”

Another reporter from TRT Ali Mustafa questioned Stockholm’s decision and suggested that the US was in fact behind the attack on Nord Stream which Moscow also said last month.