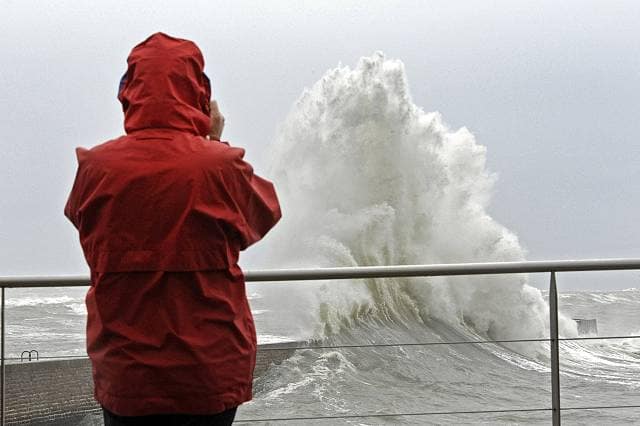 Two people have died on Saturday off the coast of Kent as Storm Dennis batters the UK.

A coastguard spokesman said, “At around 1pm, after many hours of searching, a body was sadly found in the water by the RNLI Margate lifeboat and has been brought to shore.”

A Royal Navy warship was also called in to help with the search along with air support from the coast guard.

In a separate incident a teenage boy was out in the sea at Herne Bay, he tragically died after getting into difficulty whilst in the sea.

The Met Office has described Storm Dennis as the “perfect Storm” and other forecasters have said it is like a “bomb cyclone.”

Parts of the country will face flooding as forecasters say the Storm could bring up to a months’ rain in just one day.

easyJet has cancelled hundreds of flights while British Airways said most of their flights will go ahead as planned.