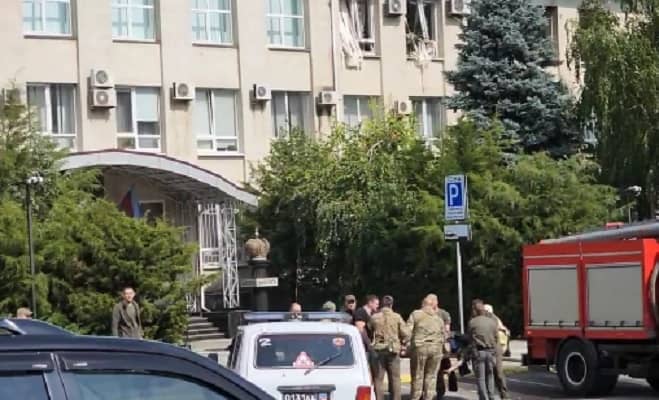 A car bomb has killed the prosecutor general of the Russian-backed self-proclaimed Luhansk People’s Republic (LPR) in eastern Ukraine.

Prosecutor General Sergei Gorenko and his deputy Yekaterina Steglenko were killed in the bomb blast at his office on Friday.

So far a total of five Russian installed officials have now been killed in the Russian separatist held areas of Ukraine.

A spokesperson for the emergency services said, according to the Russian news agency Interfax said, “According to preliminary data, LNR Prosecutor-General Sergei Gorenko died from his injuries as a result of an explosion at his office.”

The state-run TASS news agency quoted a colonel in the separatist Luhansk Interior Ministry as saying Gorenko’s deputy Steglenko had also been killed in the car bomb.

The press service of LNR head Leonid Pasechnik said on Telegram, “Today, Prosecutor General Sergei Gorenko and his deputy Yekaterina Steglenko died as a result of a terrorist act,”

Pro-Russian figures have placed blame for the attack which targeted the prosecutor’s office on Ukrainian sabotage.

Pasechnik said this “showed that Kyiv’s regime had crossed all possible limits.”

Ukrainian presidential adviser Mykhailo Podolyak said that the attack “should be viewed as showdowns of local organized criminal groups that could not share looted property before a large-scale escape. Or as RF’s [Russian Federations] purge of witnesses to war crimes.”