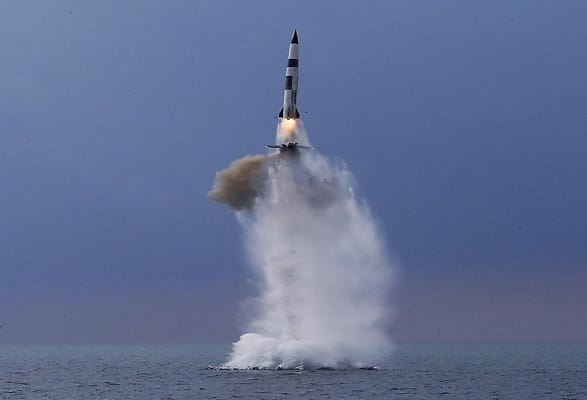 Overnight the Russia army mounted one of their largest missile strikes in as many months on several regions of Ukraine.

Russia resumed their attacks using Iskander missiles from the territory of Belarus, and for the first time used Tu-22M3 long-range bombers from Belarus, the Command of the Air Forces of the Armed Forces of Ukraine has said.

“In general, more than 50 various missiles were fired from air, sea and ground locations.

“For the first time the enemy used Tu-22M3 long-range bombers to attack Ukraine from the territory of Belarus.

“Also, it has resumed the use of Iskander missile systems from the territory of this country,” they said on Facebook.

“It should be noted that X-22, Onyx, and Iskander missiles are extremely difficult targets for the air defense systems used by the Ukrainian Air Forces.

“The speed of Onyx and X-22 missiles exceeds 3,000 kilometers per hour. While Iskander missiles move on a ballistic trajectory.

“Their elimination is a non-typical and difficult task for the air defense systems available in Ukraine,” the command said.