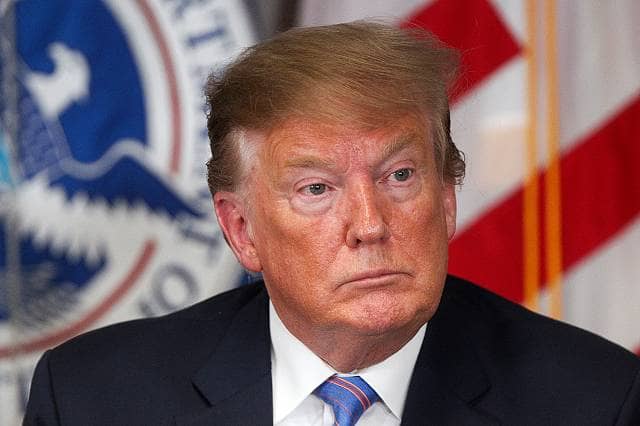 President Donald Trump has declared a national emergency and he asking hospitals to activate their emergency preparedness plans.

President Trump said during a press briefing on Friday evening said, “I’d like to provide an update to the American people on several decisive new actions we’re taking that are very vigilant effort to combat and ultimately defeat the corona virus, we’ve been working very hard on this. We’ve made tremendous progress.

“Europe was just designated as the hotspot right now. We closed that border awhile ago. That was lucky, through talent or luck, whatever you want. But through a very collective action and shared sacrifice, national determination, we will overcome the threat of the virus.

“Like our earlier, very aggressive actions with China this measure will save countless lives.

“To unleash the full power of the federal government did the separate today I am officially declaring a national emergency – two very big words.

“The action I am taking will open up access to up to $50bn of very important and a large amount money for states and territories and localities in our shared fight against this disease.”

Trump added, “I am also asking every hospital in this country to activate its emergency preparedness plan so that they can meet the needs of Americans everywhere.”

In declaring an infectious disease emergency, under a 1988 law this allows the Federal Emergency Management Agency to provide disaster funds to state and local governments and to deploy support teams.

President Trump urged people who don’t need to testing, not take a test for the disease.

“We’re announcing a new partnership with the private sector to vastly increase and accelerate our capacity to test for the coronavirus. We want to make sure that those who need a test can get a test very safely, quickly and conveniently.

“But we don’t want people to take a test if we feel that they shouldn’t be doing it. We don’t want every one running out and taking it. Only if you have certainly symptoms,’ Trump said, as he stood in the Rose Garden surrounded by members of the coronavirus task force.

“We expect up to a half a million additional tests will be available early next week.”

Trump added that drive-up testing will be available soon.

“We’ve been in discussions with pharmacies and retailers to make drive-thru tests available in the critical locations identify by public health professionals. The goal is for individuals to be able to drive up and be swabbed without having to leave your car.”

He further announced that Google is helping the White House administration to build a website to help people determine if they should be tested.

Trump said, I want to thank Google. Google is helping to develop a website that will be very quickly done – unlike websites of the past – to determine whether a test is warranted and facilitate testing at a nearby convenient location.”

It was further announced that all travel to and from Europe will stop, earlier today the World Health Organization (WHO) has said Europe is now the epicentre of the coronavirus outbreak.

Earlier on Friday, President Donald Trump tweeted, “For decades the @CDCgov [Centers for Disease Control and Prevention] looked at, and studied, its testing system, but did nothing about it.

“It would always be inadequate and slow for a large scale pandemic, but a pandemic would never happen, they hoped. President Obama made changes that only complicated things further…..

“Their response to H1N1 Swine Flu was a full scale disaster, with thousands dying, and nothing meaningful done to fix the testing problem, until now. The changes have been made and testing will soon happen on a very large scale basis. All Red Tape has been cut, ready to go!”

It has been widely reported Trump is “very concerned” about coming into contact with people who have contracted the deadly coronavirus.

The two Presidents met earlier this week and attended a joint press conference at the White House, where they both shook hands.

Hours after the meeting at the White House the Brazilian press secretary Fabio Wajngarten also tested positive for coronavirus.

Trump was in close proximity with Bolsonaro and Wajngarten, CNN has reported.

Wajngarten attended a dinner hosted by Trump as the Mar-a-Lago resort in Florida.