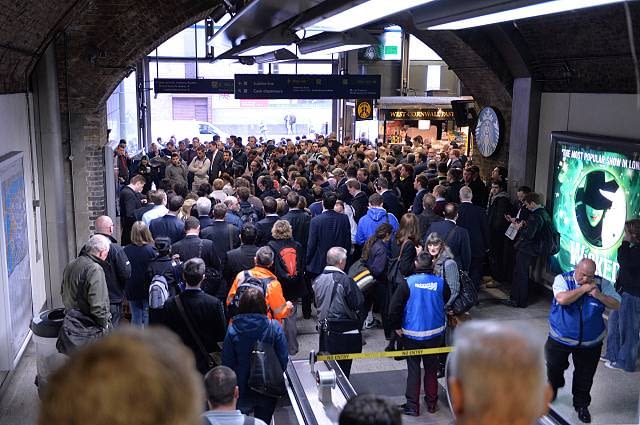 Hundreds of police will now start patrolling rail stations to “remind” people only essential journeys are to be made during the three-week lockdown.

“They will be patrolling stations, supporting railway staff and reminding the public of the urgent need to follow the government advice, only those making essential journeys for work should be using the Tube and rail network.”

O’Callaghan added, “We strongly urge the rest of the public to do the right thing and help us save lives by staying at home and slowing the spread of the virus.”

It comes after calls were made on Tuesday over the starting large crowds gathering on the London Underground, which goes against the advice of the government ban in allowing large gatherings.

The Health Secretary Matt Hancock said on Tuesday evening during a press conference at Downing Street, more Tubes trains need to be running.

Hancock said, “The best answer is that Transport for London should have the Tube running in full so people travelling on the Tube are spaced out and can be further apart, obeying the two-metre rule wherever possible.”

He added, “There is no good reason in the information that I have seen that the current levels of Tube provision should be as low as they are.

“We should have more Tube trains running.”

Hancock has told the press briefing that a temporary makeshift hospital will open in the ExCeL centre in London.

The ExCel Centre, will be called NHS Nightingale Hospital, based in London, will consist of two wards and hold up to 4,000 patients.

Hancock has said the government’s new scheme is seeking to recruit 250,000 volunteers in good health who can help the NHS support vulnerable people.

He said, “We will, next week, open a new hospital, a temporary hospital, the NHS Nightingale Hospital at the Excel centre in London.

“The NHS Nightingale Hospital will comprise two wards, each of 2,000 people.”