Home Business News Horrific footage shows the moment a Russian missile hits the shopping centre with more than 1,000 civilians inside 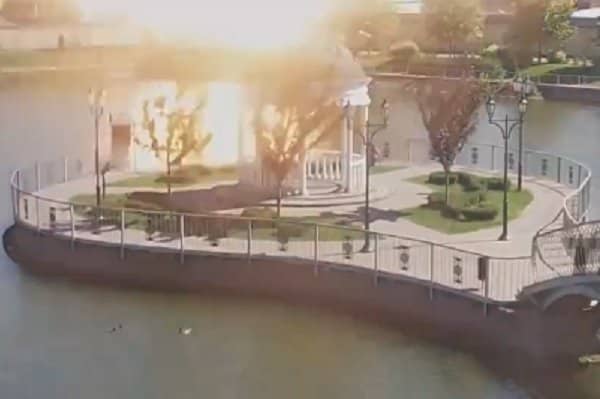 Horrific footage shows the moment a Russian missile hits the shopping centre with more than 1,000 civilians inside

On Monday Russia deliberately fired a missile at a shopping centre in Kremenchuk in central Ukraine killing at 18 people with around 36 still missing and many more injured.

“Russia is a country of murderers and patent liars.”

The moment of the explosion after the missile attack on the Amstor mall in Kremenchuk. pic.twitter.com/jwRavuyqtX

President Volodymyr Zelenskyy condemned the Kremlin’s “scumbag terrorists” and called the missile strike “one of the most defiant terrorist attacks in European history.”

President Zelensky added, “The Russian state has become the largest terrorist organisation in the world. And this is a fact.

“And this must be a legal fact.

“And everyone in the world must know that buying or transporting Russian oil, maintaining contacts with Russian banks, paying taxes and customs duties to the Russian state means giving money to terrorists.”