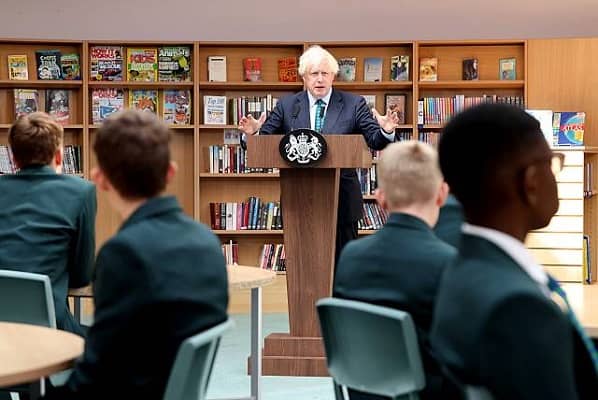 Education chiefs, scientists and government Ministers have all warned the government that reopening schools next week will cause infection rates to spiral.

The government have been accused of failing to make schools safe, and the new mutant variant is more transmissible among younger people.

NASUWT who are the largest teacher’s union are strongly urging the government to delay reopening schools by two weeks.

The government’s scientific advisory group SAGE have warned the government that it will be impossible to keep the reproduction rate of the virus below 1 if the Education Secretary, Gavin Williams and the Cabinet force schools to reopen next month.

Cabinet Minister Michael Gove said that schools will reopen from 4 January in a staggered approach. Primary Schools, GCSE and A-level students, along with key workers children will all return.

It has been reported that Williams wants to “push ahead” with mass testing of students as 1,500 armed forces personnel have been deployed to assist with schools and colleges.

However, despite the spike in deaths and almost 41,500 new cases on Monday, leading scientist, Dr Zubaida Haque warned the NHS could buckle under pressure.

Dr Haque said, “The key question is are schools safe enough right now? Has the Government made schools safer and, in making it safer, can we then keep schools open?”

Speaking on Good Morning Britain the leading scientist warned, “Right now we have a critical situation – yesterday we had the highest number of daily Covid cases, over 41,000 cases of coronavirus in this country.

“By Christmas Day we had more people in hospitals than at the peak in April this year, so we are in a crisis situation now.”

She added, “The Government has delayed opening Parliament because we are in a crisis situation, but yesterday we had Michael Gove saying, ‘No, it’s fine, we’re going to have schools open next week and we’ll have a staggered return’ and, frankly, that’s not acceptable, and that’s not safe.”

Professor Andrew Hayward who sits on the Government’s New and Emerging Respiratory Virus Threats Advisory Group (Nervtag) warned that England is “entering a new dangerous phase of the pandemic,” and that “other areas of society” will “pay” for schools reopening.

Professor Hayward gave a grim warning that urgent actions is needed nationwide to prevent a “catastrophe” between January and February.

Speaking to BBC Radio 4’s Today programme the NERVTAG expert warned, “We’ve had control measures that were previously controlling the old variant are not enough for this variant.

“And so if we want to control the new variant we are going to need much tighter restrictions.From a purely epidemiological point of view, then it makes a lot of sense to keep schools closed for longer and introduce more stringent testing in them.”

Professor Hayward added, “Unfortunately, I think what we’ve failed to do is address the digital divide among school children such that the opportunity to provide high quality online education for the poorest parts of the community has been lost.