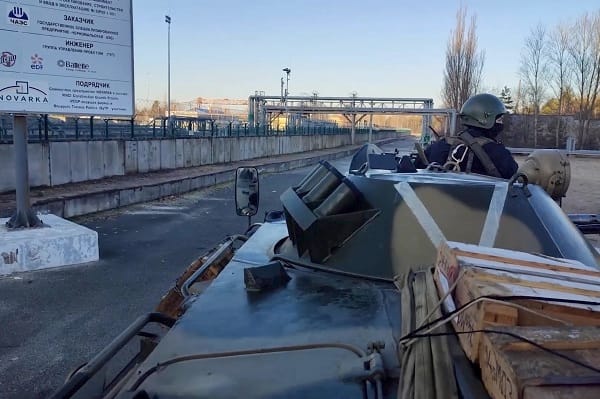 Russia has been accused of planning a “terrorist attack” on Chernobyl nuclear power plant to “blackmail” the “world community” for their “actions to support Ukraine.”

The Ukraine’s intelligence unit warned that the Kremlin are planning to create “a technological catastrophe” and then blame it on the country.

The Ukraine intelligence service offered no proof, but they claim “Putin is ready to commit to the nuclear blackmail of the world community for the sake of actions to support Ukraine.”

There has been many warnings from Western intelligence agencies that Russia could order a “false flag operation” as they have already done over the past three weeks to use as a pretext for more intervention.

Russian forces have collected dead bodies of Ukrainian soldiers at an airport near the capital to stage an attack, Kyiv’s military intelligence unit said.

On Thursday evening Russian forces made an assault on the Kharkiv Institute of Physics and Technology which stores radioactive and nuclear equipment and a fire broke out.

President Volodymyr Zelensky warned Ukrainians, “That worries me very much because we have often been convinced that if you want to know Russia’s plans, they are what Russia accuses others of.”