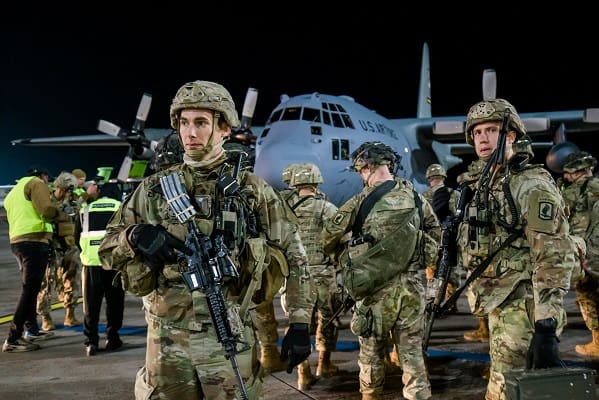 Western powers are on high alert on Friday as as experts are warning a “Russian chemical weapon attack is next” will see the US “enter the war.”

Russia’s Foreign Ministry spokeswoman claimed the US has been carrying out biological programmes in Ukraine, which experts believe is a “pretext” for a “false flag operation” to justify Putin using Chemical weapons.

Retired US Army General Barry McCaffrey tweeted, “If the Russians actually use chemical weapons against the Ukrainian civilian population it would produce catastrophic lethality.

“Chemical munitions not effective against equipped US troops.

“Terrible impact on civilians. Predict we would enter the war.”

Ellwood suggested the West needs to take action against Putin to ensure he does not use chemical weapons in war torn Ukraine.

“Putin will not stop until he is stopped.

“When will the West realise this? He’s playing on our timidity as thousands die and millions flee.”

Former Pentagon official Andrew Weber warned the use of chemical or biological weapons by Russia will be a grave threat to NATO.

“Without this sounding like a threat, the current nuclear deterrents of NATO and the United States would consider any use of weapons of mass destruction a grave threat.”