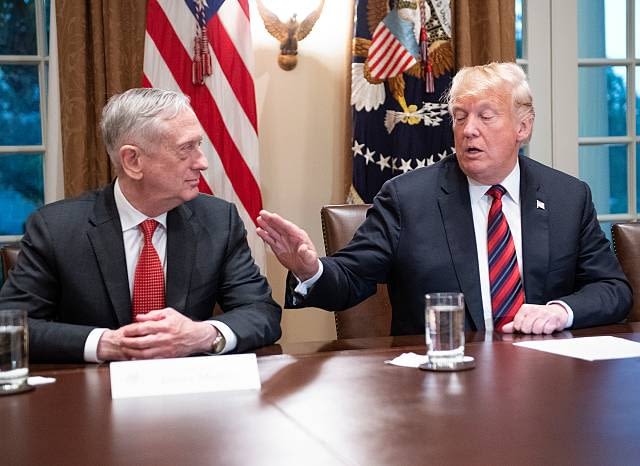 US defense chief quits after clashing with Trump

US Defense Secretary Jim Mattis abruptly quit on Thursday after falling out with President Donald Trump over his foreign policies.

Mattis released the resignation letter after a face-to-face meeting with Trump in which the two men also aired their differences, a senior White House official said.

Amazing detail by @helenecooper: His resignation already written, Mr. Mattis made a last attempt to convince Mr. Trump to change his mind on Syria. Rebuffed, the retired 4-star Marine general asked aides hand out 50 copies of the letter at the Pentagon. https://t.co/oD1r5pcO9O

“Because you have a right to a Secretary of Defense whose views are better aligned with yours on these and other subjects, I believe it is right for me to step down from my position,” Mattis said in the letter.

This development comes just hours after Trump announced that US troops in Syria would be withdrawn, a decision that upended American policy in the region.

Mattis, a retired Marine general whose embrace of NATO and America’s traditional alliances often put him at odds with Trump, had advised against the Syria withdrawal.

General Jim Mattis will be retiring, with distinction, at the end of February, after having served my Administration as Secretary of Defense for the past two years. During Jim’s tenure, tremendous progress has been made, especially with respect to the purchase of new fighting….

….equipment. General Mattis was a great help to me in getting allies and other countries to pay their share of military obligations. A new Secretary of Defense will be named shortly. I greatly thank Jim for his service!