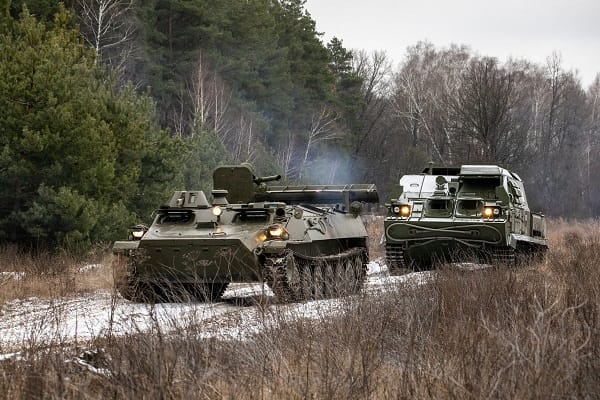 Ukrainian President Volodymyr Zelensky has been asking for more tanks and weapons for a few weeks, and now a NATO country has answered his call and has sent tanks rolling across the border.

Ukrainian forces are to receive more than two dozen BYP-1 infantry fighting vehicles and T-72 tanks on Wednesday, which will infuriate Vladimir Putin.

President Zelensky said the tanks are desperately needed to help in the besieged cities “that are now dying.”

Jana Cernochova, the Czech Defence Minister, told parliament, “I will only assure you that the Czech Republic is helping Ukraine as much as it can and will continue to help by (supplying) military equipment, both light and heavy.”

On Saturday the Defence Secretary Ben Wallace has said the UK will send state of the art anti-ship missile systems to Ukraine, which will make them “legitimate targets” and “will make it even more bloody,” a Russian official warned.

The Russian ambassador to the UK Andrey Kelin told the Russian TASS news agency that these “high-precision weapons” will be “destabilising.”

Kelin warned, “Any supply of weapons is destabilising, especially those that Wallace spoke about.

“They aggravate the situation, make it even more bloody. These, apparently, are new, fairly high-precision weapons.

“Of course, they will be legitimate targets for our Armed Forces if they cross the Ukrainian border.”

Last Tuesday Moscow reacted with fury against the West and threatened they “will adequately react” if NATO supplies Ukraine with any “aircraft and air defense systems.”

The decision by Prague to send in tanks will place more pressure on NATO to deliver more weapons to Ukraine.