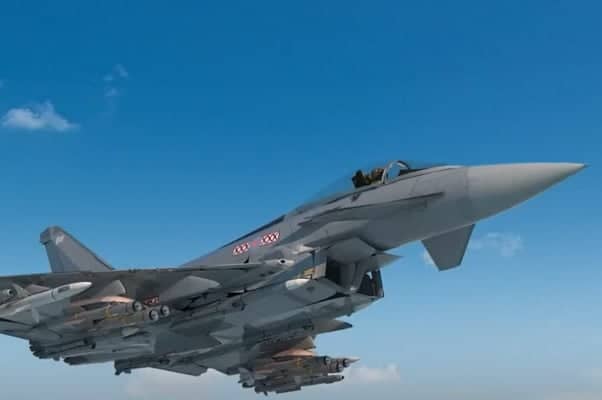 The British Ministry of Defence (MoD) has sent precision-guided Brimstone 2 missiles to Ukraine which took off from RAF Brize Norton in Oxfordshire.

The deadly Brimstone 2s were originally designed for air-to-ground attacks and cost £175,000 each and carry 6.3Kg warheads which will have a devastating impact on Russia.

The Ukrainian armed forces will now have more tactical options and this will be significant for Ukraine and deadly for Russia troops.

The Brimstone hits it’s targets by a tracking laser and it can select it’s own targets using advanced British radar systems, and the warhead is in two stages which is capable of penetrating all known armour.

The Brimstone 2 can travel at Mach 1.3 and has a range of 7.8 miles when launched by troops or vehicles, or 37 miles if fired from a fighter jet.

🎬 As part of its aid package, the UK has provided Brimstone 2 missiles, a precision-guided missile, to the Ukrainian Armed Forces.

This aid has played a crucial role in stalling Russian advancements.

Nick Brown, Director of Defence News at defence, intelligence provider Janes told Express.co.uk, “The original-generation Brimstone missiles that the UK donated to Ukraine were designed to be launched toward enemy vehicles in a fire-and-forget mode, with the missiles finding their targets using a millimetre-wave radar.”

“This enables the user to designate specific individual targets, making the weapon more discriminative and opening up new tactical options, including the engagement of static targets or structures, as well as accurately hitting fast-moving targets in cluttered environments.

“Multiple missiles can also be ripple-fired from a concealed position, and then guided onto multiple targets in quick succession by a forward operator with a laser designator, in a ‘laser anointing’ mode.”