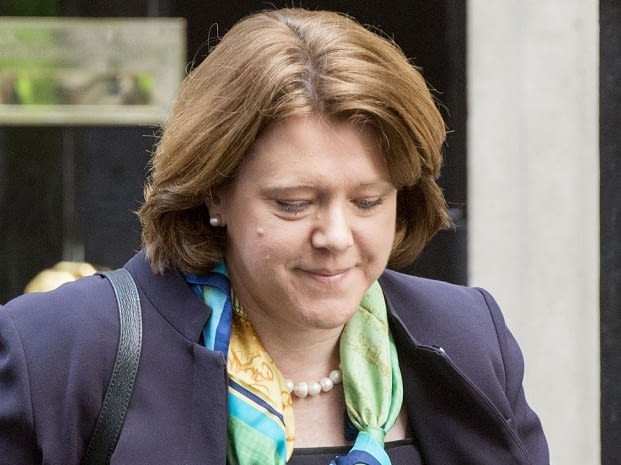 This is Maria Miller’s resignation letter – and Cameron’s response

Maria Miller has quit as culture secretary over the ongoing furore over her housing expenses.

This is her resignation letter in full – and the prime minister’s response to it.

It is with great regret that I have decided that I should tender my resignation as a member of the Cabinet.

I am very grateful to you for your personal support but it has become clear to me that the present situation has become a distraction from the vital work this Government is doing to turn our country around.

I have been a member of the Conservative Party for more than 30 years. As a working mother, educated at a South Wales comprehensive school, I know that it is our party that understands the importance of giving everyone the opportunity to succeed regardless of where they come from.

I am immensely proud of what my team have been able to achieve during my time in Government: ensuring that our arts and cultural institutions receive the rightful recognition that they deserve in making Britain Great; putting women front and centre of every aspect of DCMS’s work; putting in place the legislation to enable all couples to have the opportunity to marry regardless of their sexuality.

Of course, implementing the recommendations made by Lord Justice Leveson on the future of media regulation, following the phone hacking scandals, would always be controversial for the press. Working together with you, I believe we struck the right balance between protecting the freedom of the press and ensuring fairness, particularly for victims of press intrusion to have a clear right of redress.

I will continue to support you and the work of the Government as you move forward. Ensuring the best future for the people of Basingstoke has been my priority throughout the last nine years. Whether on the front or back benches of the House of Commons I will continue this work.

The only reason I was able to become an MP and indeed a government minister and cabinet minister is because of the unstinting support of my husband, my mother, my father and my three children. I owe them all a great deal.

And the prime minister’s response:

Thank you for your letter. I was very sorry to receive it.

I think it is important to be clear that the Committee on Standards cleared you of the unfounded allegations made against you, a point which has been lost in much of the comment in recent days.

You have been responsible for successfully handling two of the most controversial issues with which this Government has dealt.

As Culture Secretary, you have played a critical role in advancing Britain’s proud record of respect and equality in piloting the Equal Marriage Act through Parliament and onto the Statute Book. There are many people in our country today, and there will be many in the future, who will always be grateful for this very important change, which you did so much to bring about. You have also handled the sensitive subject of press regulation with skill and dedication.

You can be very proud as well that you have led one of the most important infrastructure projects: many more premises are now able to access super-fast broadband . You have also ensured a lasting legacy for the Olympic Games.

As you leave the Government, you should be proud of your service on the Frontbench and in Opposition.

[…] Read More on that Topic: londonlovesbusiness.com/this-is-maria-millers-resignation-letter-and-camerons-response/ […]