The internet has reacted to Maria Miller’s “apology” for claiming £45,000 of expenses she wasn’t entitled to.

If you’re not familiar with the scandal, the culture secretary has been forced to apologise and repay £5,800 of mortgage claims for her second home.

The so-called apology, which many found pretty unsatisfying to say the least considering it lasted just 31 seconds, has been the subject of much ridicule.

Ann Treneman, in the Times, said: “Her 32-second non-apology apology was so perfect, so empty, so totally void, that I can only conclude that it was something else entirely… There was not one ounce of ‘sorry’, scintilla of contrition, proton of penitence to be seen.”

The Guardian’s John Crace said Miller “gave the appearance she was doing everyone a huge favour by interrupting her lunch”. He added: “If Miller had spoken less formally, she could have got her statement down to a single word. ‘Whatever.’”

The Sun called for her to be fired, adding: “Mrs Miller is the minister who opposes the Press policing itself in a new beefed-up complaints system. Yet she has no problem being judged by HER peers. Funny, that.”

Maria Miller breaks the rules & keeps her job & profit from sale of house. JSA claimants break rules they can lose income for up to 3 yrs.

David Cameron & Maria miller have a right laugh & the expense of the taxpayer as lib Dems wait on them hand & foot pic.twitter.com/s5s653Nopb

Maria Miller has to apologise,pay money back but officially hasn’t done anything wrong. Fun if you’re teaching a school ethics class today.

Maria Miller described her parents as elderly when they were 53. Has anyone checked the veracity of her claim that they are now disabled?

Even Telegraph’s Cristina Odone is saying it: “If a benefits claimant were guilty of Maria Miller’s ‘mistake’ she’d be facing prosecution”

If only Ronnie Biggs had been like Maria Miller, saying sorry and giving the money back, he too could have stayed out of jail, the fool.

Maria Miller responds to the Commons committee for standards – pic.twitter.com/991LmADyVD

Political journalists may be interested to know I have a full switchboard @LBC of people calling for Maria Miller to resign or be sacked. 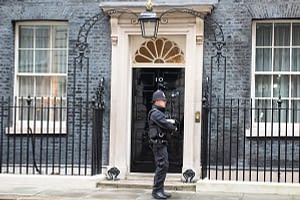