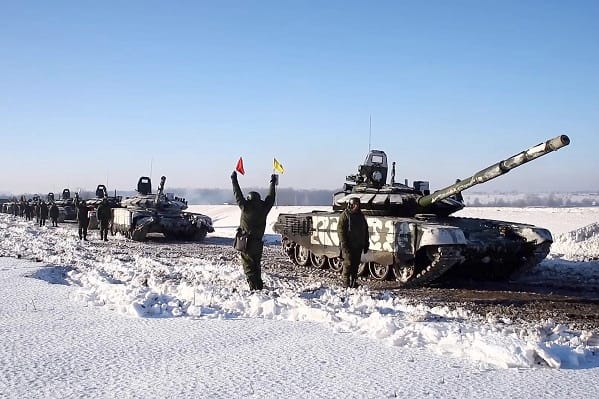 Vladimir Putin’s army is in tatters as there is “mass desertions” with an entire Russian unit heading “back to Russia on foot.”

Putin is said to be “furious” as the war is not going to plan as the Ukrainian army, civil defence and volunteers from the around the world are putting up a fierce fight.

Journalist, Paul Mason, posted a video on Twitter where he outlined how Putin failed to capture Ukraine and has led to “mass desertion” of Russian troops.

Read more on the Russian-Ukraine war:

He said: “The third big thing is mass desertions.

“We are seeing evidence now, not simply individual desertions or giving up fighting by Russian soldiers, there is at least one example of an entire unit leaving its vehicles and marching off.

“In one case into captivity and another, it appears, back to Russia on foot.”

Mason added, it is now a “race against time” and whether the sanctions imposed by the West will “cripple” the Russian state so quickly that Putin retreats.

Reuters reported a US official who corroborates the claims said, “some Russian units appear to be surrendering without a fight.”

A US official also confirmed that some Russian military units have fled with many surrendering without a fight as they are exhausted and are running out of food.