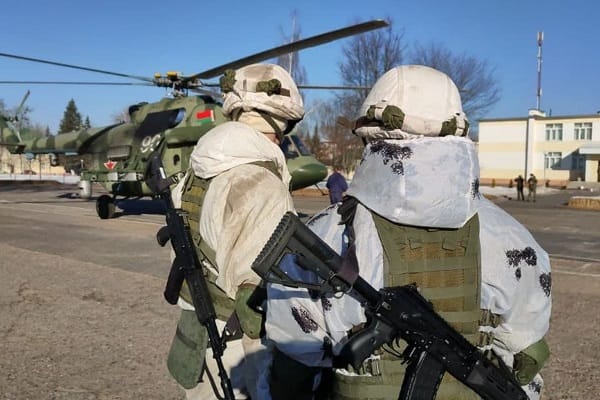 The Ukrainian President Volodymyr Zelensky has said thousands of Russian troops have been killed in action and they are holding hundreds of prisoners of war.

The Russian prisoners of war “don’t know why they were sent here to kill people or to be killed,” President Zelensky said.

President Zelensky has urged Russian citizens to stand up their dictator Vladimir Putin to stop their soldiers being “killed.”

Mykhailo Podoliak, adviser to the head of the President’s Office, said on Ukrainian television on Saturday morning, “The losses of Russian troops in Ukraine as of the morning of February 26 are estimated at 3,500 killed and about 200 people were captured,

“As of this morning, 3,500 people have been killed and a little less than 200 prisoners.

“If you show these people who came to Ukraine to kill, Russia will understand what it is doing in Ukraine.”

Addressing the public in Russian, President Zelensky said on Saturday, “I want everyone in Russia to hear me, everybody.

“Hundreds of captured soldiers who are here in Ukraine don’t know why they were sent here to kill people or to be killed.

“The sooner you tell your Government the war has to be stopped, more people from your country will stay alive.

“Your nationals are voicing their opposition to this war, we know that many people in Russia are shocked now by the brutality of the Russian Government and this is the right reaction. I’m grateful for this reaction.”

“After that, we will have a lot to do to rebuild our Ukraine.

“Everyone who can defend Ukraine abroad, please do it. Do it directly in a united way – every friend of Ukraine who wants to join Ukraine in defending the country, please come over.

“We will give you weapons.

“It will be announced soon how this will be done. Everyone who is defending Ukraine is a hero.”