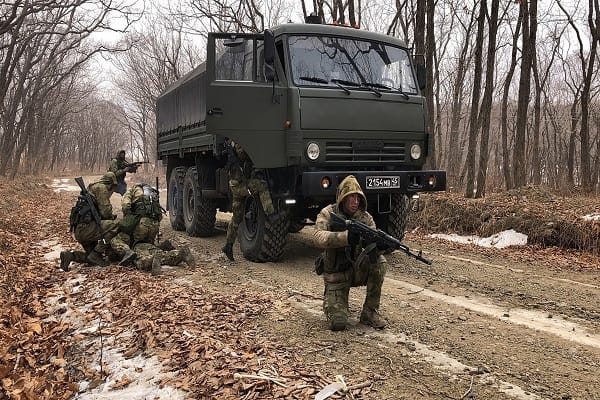 Vladimir Putin is facing a serious revolt as thousands of Russian troops are putting their weapons down following a huge collapse of morale.

There are many government employees resigning as they are disgusted with Putin’s invasion of Ukraine.

Neil Hauer, a journalist, tweeted, “Russian friends sharing texts with me of their colleagues in Russia’s public service resigning over this invasion.

He added, “One tells me: “if you have the ear of Western politicians, tell them to keep pushing.

“This can build momentum and go much further.”

Putin is also furious as he strongly believed his forces would take Ukraine within days after launching a full scale invasion.

Russian troops have faced a fierce resistance by Ukrainian troops and civilian militias and have a very high death toll.

More Russian troops, captured in Kharkiv, say they were told it was a training mission.

One says that when they found out the true purpose of the mission, they didn’t want to go, but were told they could be executed by shooting because it was “wartime.” #RussiaUkraineWar https://t.co/hcDX4vBgG4

Taras Kuzio, a research fellow at the Henry Jackson Society, wrote on Twitter on Monday, “Ukrainian News Channel 24: 5,000 Russian soldiers in staging area in Russia, north of Kharkiv have revolted and refusing to attack Ukraine.”

He added, “Earlier report from front lines around Crimea is 1/2 of Russian soldiers turned over equipment to the Ukrainians, again refusing to fight.”

Many Russian troops have been captured which is being widely circulated across social media showing young men, some look like 16 year olds looking completely demoralised with some close to tears.

Some young Russian soldiers are saying that they were never told by their officers that they were being sent to invade Ukraine and they were only taking part in military exercises.

Photo reportedly of Russian invaders captured in Nikopol. Ukraine claims to have taken over 200 Russian troops prisoner in the first two days of the Russian invasion pic.twitter.com/3yrm1sswXw

Oleh Synyehubov, the governor of Kharkiv Oblast, said in a Facebook post that the Ukrainian army had taken dozens of Russian fighters as prisoner of war.

He added, “The Russian soldiers, who were taken captive, talk about total extortion and demoralisation, they have nothing to do with the central command, do not understand and do not know their further actions.

“Since the beginning of the attack on Ukraine they do not receive food and water, the technology has no fuel supplies.”