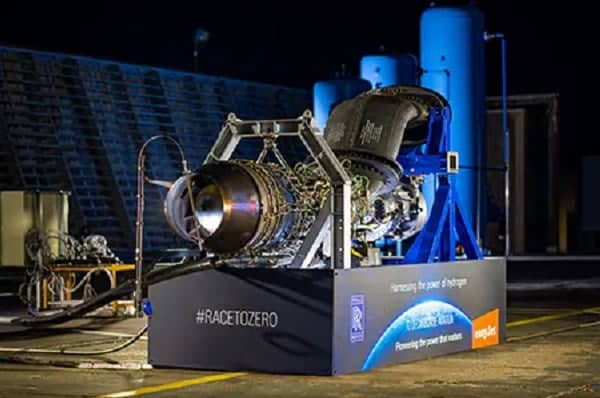 Rolls-Royce and easyJet have conducted the world’s first aircraft engine hydrogen test and they have claimed that this is a “major step” to providing zero-carbon aviation fuel.

The two companies performed the concept aircraft engine test at the Ministry of Defence’s Boscombe Down site in Amesbury, Wiltshire.

Both companies are proving that hydrogen can safely and efficiently deliver power for civil aero engines, Rolls-Royce and easyJet and are already planning a second set of tests, with a longer-term ambition to carry out flight tests.

In July the companies formed a partnership to demonstrate that hydrogen can be used in a wide-range of aircraft with the intention to possibly use hydrogen in aeroplanes by the mid 2030s.

He added, “We are committed to continuing to support this ground-breaking research because hydrogen offers great possibilities for a range of aircraft, including easyJet-sized aircraft.

“That will be a huge step forward in meeting the challenge of net zero by 2050.”

The only waste product from using hydrogen as a fuel is water.

“We only announced our partnership with easyJet in July and we are already off to an incredible start with this landmark achievement.

“We are pushing the boundaries to discover the zero carbon possibilities of hydrogen, which could help reshape the future of flight.”

A spokesperson for H2OPE Group told LondonLovesBusiness.com, “We welcome this news from Rolls-Royce and it is yet further proof that hydrogen will become the fuel of the future.

“Clean, sustainable and more power per kg than traditional aviation fuel, hydrogen is proving itself in ever more applications, and the UK is a leading force in its development.

“The remaining  question is when and not if, hydrogen will become as ubiquitous in every day use as the carbon fuels it replaces.”

Business Secretary Grant Shapps said, “The UK is leading the global shift to guilt-free flying and today’s test by Rolls-Royce and easyJet is an exciting demonstration of how business innovation can transform the way we live our lives.

“This is a true British success story, with the hydrogen being used to power the jet engine today produced using tidal and wind energy from the Orkney Islands of Scotland – and is a prime example of how we can work together to make aviation cleaner while driving jobs across the country.”