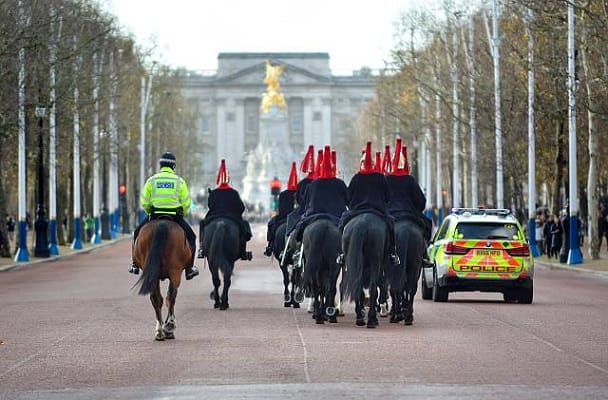 Queen stops Changing of the Guard at Buckingham Palace

Buckingham Palace announced on Friday that Changing of the Guard is now suspended “until further notice.”

The Palace made the decision in response to the Boris Johnson advising Britons to avoid crowds, mass gatherings to halt the spread of coronavirus.

On Thursday the Queen made an announcement urging the UK to “protect the vulnerable.”

The Monarch said, “As Philip and I arrive at Windsor today, we know that many individuals and families across the United Kingdom, and around the world, are entering a period of great concern and uncertainty.

“We are all being advised to change our normal routines and regular patterns of life for the greater good of the communities we live in and, in particular, to protect the most vulnerable within them.

A man on the Isle of Man has been arrested by police after he failed to self-isolate due to coronavirus.

The Manx government said all people must self-isolate for 14 days regardless of where they have travelled from once arriving on the Island.

“There have never been so many deaths and most of them came from the Lombardy region.