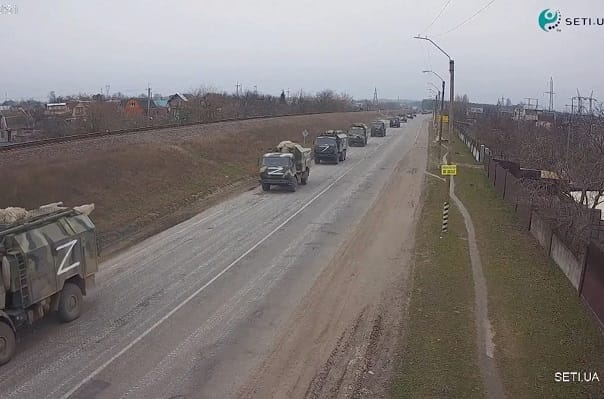 The Kremlin has ordered “large numbers of troops” to head to south Ukraine as many Russian troops are being annihilated in the city of Kherson.

Ukrainian forces have been successful in their offensive in the Donetsk region and the city of Kherson and are pushing through newly “occupied territories and Crimea.”

Ukrainian forces are killing hundreds upon hundreds of Putin’s troops weekly in the eastern region of Ukraine and it has been estimated by US intelligence that between 60,000 and 80,000 Russian soldiers have been killed or injured.

Speaking on GB News, Professor Anthony Glees said that Putin is “clearly in a lot of trouble” as losing the city of Kherson would be a devastating blow which could end up seeing him flee the Kremlin.

Vladimir Putin is very worried that Ukraine could take back Kherson and Crimea and has ordered tactical groups of airborne troops from Donetsk region and transferred them to the occupied Kherson.

The Main Intelligence Agency of the Ministry of Defense said, citing Skibitsky in an interview with The Guardian, “Russia is moving large numbers of troops to Ukraine’s south for battles against the country’s forces through the newly occupied territories and Crimea, according to Ukraine’s deputy head of military intelligence.”

Putin is also moving his troops from their eastern military district which they used to attack Sloviansk.

Skibitsky added, “If Russia won, it would try to capture more territory.

“They are increasing their troop numbers, preparing for our counteroffensive [in Ukraine’s south] and perhaps preparing to launch an offensive of their own.

“The south is key for them, above all because of Crimea.”