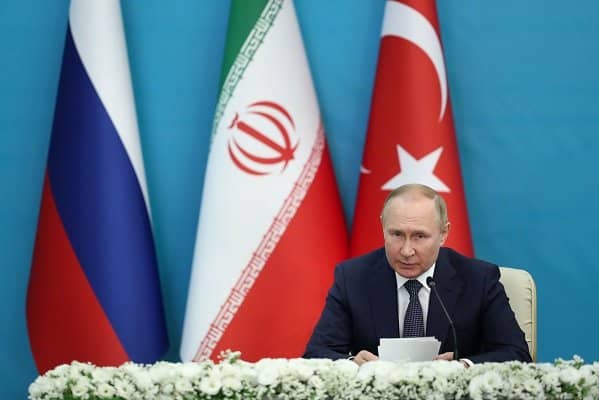 After five months of war in Ukraine Vladimir Putin believes that he is winning despite more than half of his army has been wiped out with around 80% of the remaining military being bogged down.

She added, “For the West to avoid a catastrophic clash, it needs to truly understand what it’s really dealing with when it comes to Mr. Putin.”

The British Defence Secretary Ben Wallace has previously called Putin “a very dangerous man” and warned last week that he has defied “all logic” with his war in Ukraine.

Wallace said that it is now very hard to predict how relations will evolve over time between Russia and the West and then gave a grim warning that he cannot rule out there being a “nuclear war.”

A senior American intelligence official said that he is not optimistic that “Putin has changed, there’s no question about that.

“And this is, well, it’s a real policy problem for us.”

When the war started on 24 February, it was possible to talk of “off-ramps” or even potential resolutions.

But the official warned, “I don’t see how Putin can accept anything we can morally or politically entertain.”

Stanovaya said that Putin has three main goals, firstly he wants to achieve his territorial ambitions in Ukraine, mainly in the Donetsk and Luhansk regions which is very “achievable.”

“For this goal, of minimal geopolitical weight for the Kremlin, Mr. Putin appears to believe that time is on his side,” Stanovaya added.

Putin’s second goal is “focused on forcing Kyiv to capitulate,” which will mean “accepting Russian demands that could be summarised as the ‘de-Ukrainianization’ and ‘Russification’ of the country.”

“The aim, in short, would be to deprive Ukraine of the right to build its own nation. The government would be replaced, the elites purged and cooperation with the West voided,” Stanovaya added.

Putin’s third goal is to create a “new world order” which will create global inflation and a world wide energy crisis which he hopes will topple the political elite which will make, he hopes, for world leaders to be friendlier to Moscow.