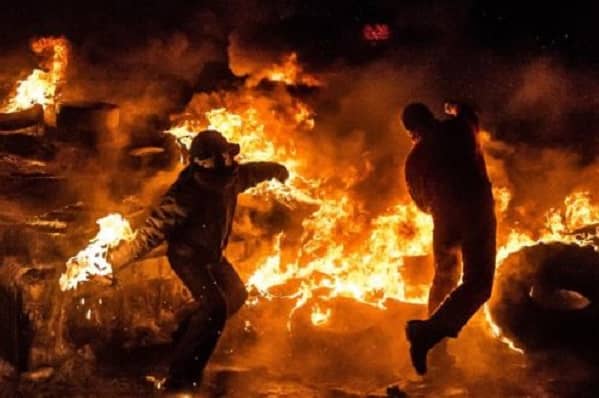 US intelligence has revealed that Vladimir Putin is staring at a “significant defeat” in the city of Kherson which will be a major defeat for the Russian leader and the Kremlin.

Ukrainian forces are killing hundreds upon hundreds of Putin’s troops weekly in the eastern region of Ukraine and it has been estimated by US intelligence that between 60,000 and 80,000 Russian soldiers have been killed or injured.

Speaking on GB News, Professor Anthony Glees said that Putin is “clearly in a lot of trouble” as losing the city of Kherson would be a devastating blow which could end up seeing him flee the Kremlin.

Professor Glees said, “We and the Americans assess that 75,000 Russian soldiers have either been killed or been wounded.

“And 80% of active Russian forces are now bogged now in the east of Ukraine.

“Putin had hoped to win this war in a matter of days, and what has actually happened is that it is grinding, not towards a stalemate but a defeat.

“It seems that if the battle of Kherson ends up in Ukraine’s favour, Russia will have suffered a significant defeat.”

He added, “The head of MI6 has form in predicting what is going to happen.

“He said Russia was going to invade Ukraine when many doubted that.