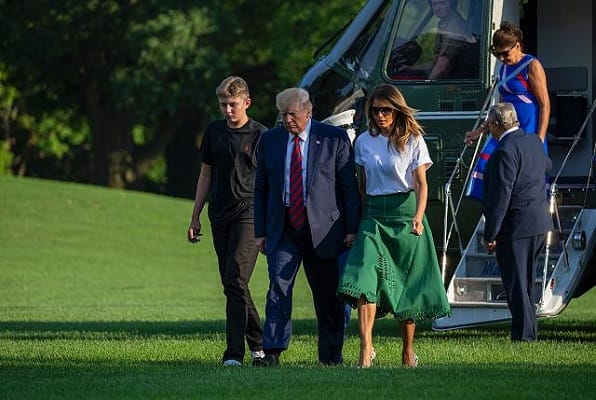 The US President Donald Trump’s son, Baron who is 14-year-old has tested negative for coronavirus on Friday.

A White House official also told NBC news that President Trump is experiencing “mild symptoms” and that he is working from the White House residence.

The official said it is “business as usual” for the President.