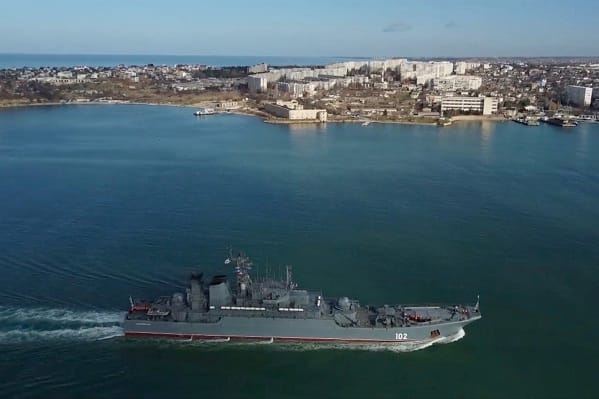 Lithuania has banned Russia from being allowed to transit goods which are sanctioned by the EU to be allowed to enter or travel through their territory.

This has sparked panic buying in Kaliningrad as Lithuania said that they are closing the rail and gas pipe lines to the exclave.

The Lithuanian Foreign Minister was summons by Russia in Moscow and the Kremlin has warned that the situation is “more than serious.”

“This decision is really unprecedented. It’s a violation of everything.”

Russia’s Foreign Ministry has demanded that Vilnius reverse their ban and has cast as an “openly hostile” move.

“If cargo transit between the Kaliningrad region and the rest of the Russian Federation via Lithuania is not fully restored in the near future, then Russia reserves the right to take actions to protect its national interests,” the Foreign Ministry warned.

Kaliningrad is an exclave on the Baltic Sea and Lithuania has banned good such as coal, advanced technology, metals and construction materials, to name a few.

Lithuanian Foreign Minister Gabrielius Landsbergis said they are simply implementing sanctions imposed by the EU, of which they are a member.

The measures implemented were taken after “consultation with the European Commission and under its guidelines.”

“Sanctioned goods (will) no longer be allowed to transit Lithuanian territory,” Landsbergis added.

Lithuania’s state-owned railway company said, “Land transit between the Kaliningrad region and other parts of the Russian Federation is not suspended or banned.

“LTG has not imposed any unilateral, individual or additional restrictions on it. The transit of passengers and cargo goods, which are not subject to the EU sanctions, continues to be ensured.

“Sanctions imposed by the EU have different wind-down periods and different terms when they come into effect.

“In June, part of the sanction exemptions, which allowed to complete the transactions entered into before the dates set in the relevant regulations, expire.”

“Moscow has only itself to blame for the consequences of its unprovoked and unjustified invasion of Ukraine.

“We commend Lithuania’s principled stance and stand firmly by our Lithuanian friends.”