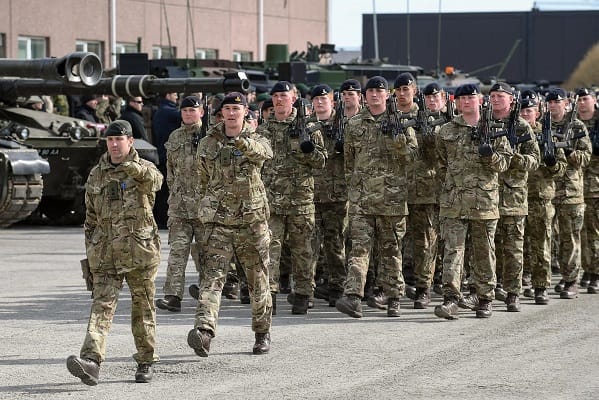 The former First Sea Lord Alan West has warned the government there is “potential for a world war” and has urged for “extra money” to be put into the British “defence forces.”

Vladimir Putin has warned what he will do “if life becomes harder for him” in the Ukraine and Lord West warned the government over the need to put more money into defences.

Lord West stressed that the Prime Minister must “bear in mind there is a war in Europe and there might be a world war.”

Lord West is a retired Admiral of the Royal Navy and was Gordon Brown’s security advisor and was the First Sea Lord and Chief of the Naval Staff from 2002 to 2006 and also served during the Falklands War.

He warned the Ukraine not to give any territorial concessions to Russia as this would then be “a victory for Putin.”

Speaking to Times Radio Lord West said, “Putin is not at all predictable. He has made some very wild claims.

“He has made some extraordinary claims about what he might do.

“There is clearly a potential for there being a world war.

“If life becomes harder and harder for him.

“Particularly if he thinks that the allies are providing very clever weapons that are beginning to cause more damage to its forces.

“It would be madness not to have our military in a fit state, to be able to think about that and confront it if such a thing were going to happen.

“I do find it extraordinary that our Government have not actually really seriously put any extra money into our defence forces in the UK, bearing in mind there is a war in Europe and there might be a world war.”

He added, “I think that in number of these countries people are thinking ‘why don’t these Ukrainians come to some sort of agreement with Russia?’

“That would be a terrible mistake.

“It would be a victory for Putin.

“We need to make Putin realise how appalling this dreadful invasion of his was and what a catastrophic mistake it was for Russia.

“We can only do that by making this grinding on.”

He made reference to the new chief of the British Army General Sir Patrick Sanders’s warning that every British soldier must “prepare to fight in Europe once again.”

Lord West said, “I think for the General to say to his chaps ‘you must think about the fact you might have to fight the Russians’, is alright.

“I don’t think I would have said that.

“I think I would have just said ‘you must be ready for all eventualities, and I expect my men and women to be able to fight for the enemies of the Queen.

“He made it more specific and I can understand why he did that.

“The impact on Russia will get greater and greater the longer we go on, as long as the Ukrainians can hold out and keep fighting”.

General Sanders said, “Russia’s invasion of Ukraine underlies our core purpose to protect the UK by being ready to fight and win wars on land.

“There is now a burning imperative to forge an Army capable of fighting alongside our allies and defeating Russia in battle.

“We are the generation that must prepare the Army to fight in Europe once again”.

General Sir Adrian Bradshaw, former director of Special Forces, has also told the UK on Monday they must “prepare for war” in Europe as Vladimir Putin is “prepared to take the risk of indulging in open warfare in Europe.”