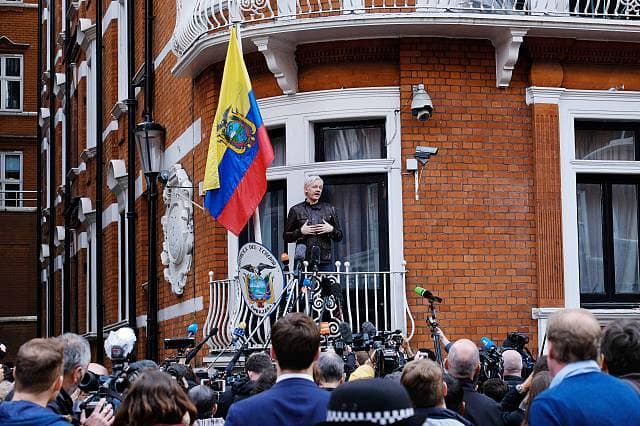 Mystery surrounds whether Julian Assange is to be expelled from Embassy

WiKiLeaks has quoted a “high level source” from within the Ecuador state department, that Julian Assange is to be expelled from the London Ecuadorian Embassy within, the next few “hours to days.”

Assange, 47, sought refuge at the London Embassy after a judge ruled for his extradition to Sweden to face allegations of sexual assault. The case was later dropped in 2017.

He sought refuge at the Embassy over fears the US will extradite him to face serious charges of the release of sensitive government information.

WiKiLeaks claims in the report the Ecuadorian Embassy “already has an agreement with the UK for his arrest” once he leaves the Embassy.

It has further been alleged that the Ecuadorian president Lenin Moreno has done a deal to receive debt relief from the US.

However, WiKiLeaks has claimed Moreno wants to cover up alleged activities to an off-shore tax haven, known as the INA papers.

Although a senior Ecuadorian official has denied Assange will be expelled from the Embassy in London, and the country’s foreign ministry said that it “doesn’t comment on rumours, theories or conjectures that don’t have any documented backing.”

In October 2018 Assange allegedly had a run in with the Embassy, Assange claimed his “fundamental right” were being overlooked in coercing him to leave.

The Metropolitan Police said to LondonLovesBusiness, “Westminster Magistrates’ Court issued a warrant for the arrest of Julian Assange following him failing to surrender to the court on the 29 June 2012.

“The Metropolitan Police Service is obliged to execute that warrant should he leave the Embassy.”