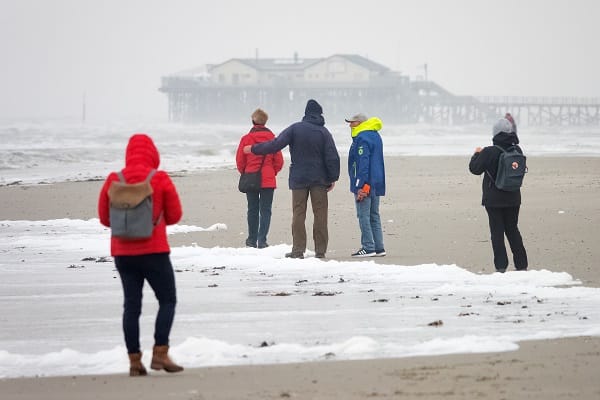 The Met Office has issued a weather warning as the UK could see winds of 90mph and there have been danger to live warnings.

The weather warnings are in place for Wednesday and Thursday which will mainly hit northern England, Scotland and Northern Ireland.

The Met Office said, “There will be very strong winds at times, especially in the north. It will be a very unsettled week.

“Tuesday has unsettled weather for many, with rain, before a deep low-pressure system on Wednesday. It will be closely watched as it brings wet and windy conditions.

“And the changeable theme continues with further spells of wet and windy weather. Conditions will be colder at times in the north, with wintry showers.”

Met Office forecaster Tom Morgan added, “Wind will be the primary cause for concern next week.

“It’s still a way away, hence why we have only issued a yellow weather warning.”

He said that the storm has the potential to turn amber, adding, “It would be named Storm Dudley.

“It will bring damaging winds and cause disruption to power networks, ferry crossings and travel.”

The Met’s long-range forecast is also set for an unsteady patch of weather, saying, “Looking to become increasingly unsettled through the start of this period, feeling cold with sunny spells and wintry showers to the north, while central and southern areas are expected to be cloudier with some rain, potentially heavy.

“Perhaps some disruptive winds accompanied by rain and short lived snow by the end of the week.

“Remaining changeable into the following week, in addition to possible spells of rain, some wintry, to the north, there is potential for heavy rainfall to the west and northwest.

“Strong winds likely to continue with a risk of gales across these areas, with severe gales along coastal regions.

“Temperatures generally around average, perhaps coldest to the north where some short lived cold spells could bring some brief periods of snow.”