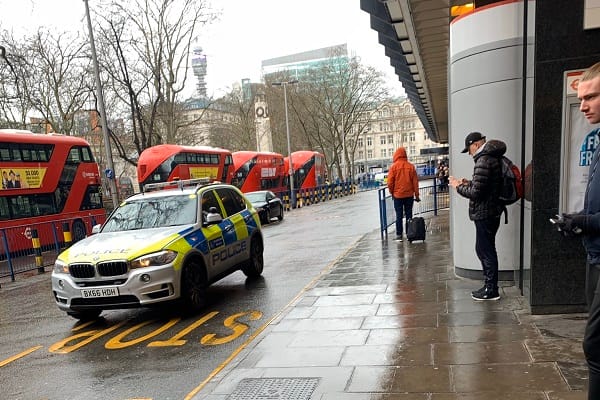 Euston station in London has been evacuated on Saturday afternoon with reports that people are “running in panic.”

There are reports armed police are at the station and there is utter chaos and panic.

Carys Hannah said on Twitter, “Got off the train at London Euston & went down the escalator to the underground.

“As soon as I reached the gate, security closed it off. One of them told me there’s been a stabbing.

“I really hope the person who was stabbed will be OK.”

Nick Day said on Twitter, “What was the panic at euston underground just now about?

“Saw people running up escalators and armed police heading towards it #euston.”

Whilst Tom Tracey tweeted, “Dunno what’s going on at Euston we were getting underground and got told to evacuate and then loads of police cars turned up.”

A spokesperson for Transport for London (TfL) confirmed Euston bus station has been closed due to a “police incident.”

TFL said, ”Buses serving Euston are being diverted or terminate [will] earlier than usual. Please speak to the driver before boarding.”