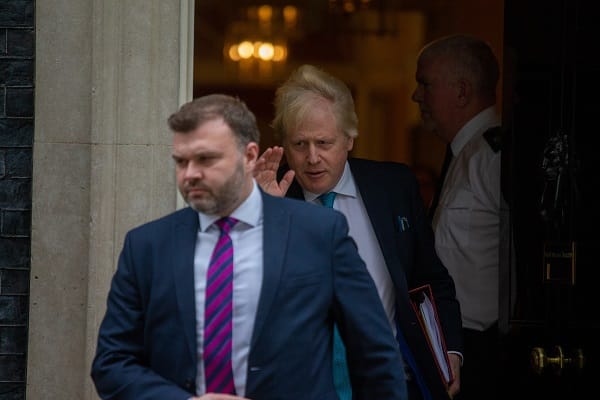 The Education Secretary James Cleverly has confirmed on Friday morning that Boris Johnson has not officially resigned as the Prime Minister despite giving his “resignation speech.”

During his resignation speech Johnson never mentioned the word “resign” which has prompted much speculation that he will remain in Downing Street.

Speaking to Sky News Cleverly was asked by Kay Burley, “So is he still Prime Minister? What has he resigned from then?”

Cleverly said that the Prime Minister, “has not really resigned yet.”

Burley then asked the Education Secretary that Johnson has planned a wedding party at the Prime Minister’s retreat, Chequers in July.

Cleverly responded, “There is no such thing as a caretaker Prime Minister in our system.”

Burley asked, “So he is still Prime Minister? What has he resigned from then?”

The Conservative MP admitted that Johnson has not resigned as the Prime Minister, but he is in the process of “resigning” from No.10 “once a successor has been chosen.”

Burley pressed the MP, “So he has not yet resigned? Because I didn’t hear him say resign in his speech.”

He replied, “of course” he is still the Prime Minister.

But Johnson could have found a legal loop hole which will allow him to remain in No.10 Downing Street. Commentator Catherine Philp cleverly pointed out on Thursday, “I hate to point this out but if Boris hasn’t been to the Queen he hasn’t actually resigned.”