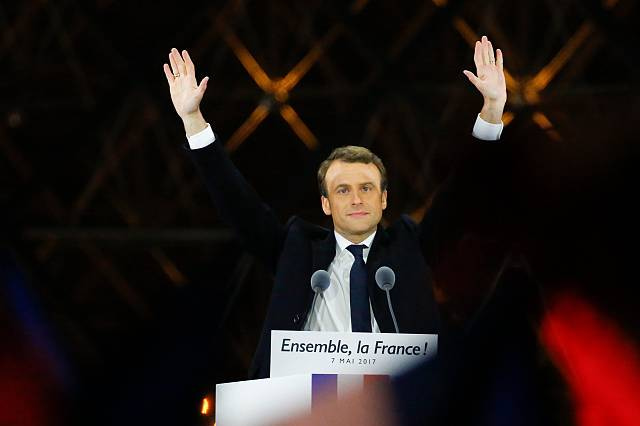 Is Macron a good leader?

French President Emmanuel Macron has completed one year in office this month. Has his tenure so far gone down well with people?

Here’s what Mihir Kapadia, CEO and Founder of Sun Global Investments, has said: “This month marks first year anniversary of French President Emmanuel Macron’s term in office, amid a backdrop of domestic disturbances over the proposed overhaul of the debt-ridden state owned SNCF. While the domestic unrest with the train workers’ strikes symbolises the resistance to Macron’s radical and ambitious plans to reform France’s economy, his year in office has worked well for European markets, especially as his defeat of Marine Le Pen’s Front National was an important European defeat for the advance of right-wing populism.

“France is currently experiencing a robust growth trajectory, with the country’s CAC 60 outperforming its European counterparts the past year such as the Germany’s Dax and the pan-European Euro Stoxx 50. France has also seen considerable inward investment due to the confidence on Mr Macron, and his pro-business stance which includes promises to deregulate the labour market and reform the country’s tax policy.

“While market sentiment has gained headwind the last year under Mr Macron, his greatest significance has been to assume a leadership role within the EU and the western landscape. For instance, within Europe, Germany’s Angela Merkel has been weakened by her electoral outcome in 2017, while the UK’s Theresa May is currently captaining a rocking ship as the country clambers towards Brexit. In the US, Trump’s erratic policies emerging out of protectionist and populist sentiment, has meant that the US is no longer the de-facto leader in the global arena – for example, the Paris Climate Accord.

“Under such a tremulous  period, Emanuel Macron has emerged as the stable leader for the western front, both in leading the EU’s position with the US, and establishing a powerful role within the EU. His recent state visit to the US exactly symbolised this – both in cozying up to the American president and also debunking protectionist ideologies in the US Senate. Macron has delivered exactly at a moment when Europe needed a strong leader.”