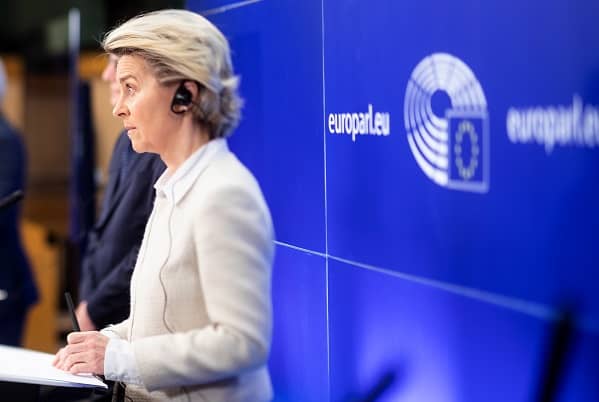 Increased citizen inclusion and participation in the governance of the European Union has been revealed as the foremost demand from European civil society at the start of the Conference on the Future of Europe, according to a new study from LSE IDEAS, The London School of Economics’ foreign policy think tank.

According to the research – which mapped, tracked and monitored developments in European civil society over a two-year period (2018-2020), while issues of climate change, social and racial injustice and countering inequality were considered of high importance, involvement in EU governance was considered the highest priority for movements and organisations across the continent.

The LSE IDEAS researchers found that 33% of respondents viewed ‘democracy, participation and EU reform’ as the top priority. In addition to the survey, the study gathered data with desk research, key informant interviews, and ‘moments of dialogue’ in which the researchers directly engaged civil society actors in discussion and debate and gathered insights through these interactions.

Alongside revealing the desire for greater citizen inclusion in the governance of the EU, the study also points to an emerging European public sphere with competing visions for Europe. However, instead of centring on pro- and anti-Europe positions, the research revealed that the debate is about the kind of Europe that should be constructed.

The researchers attribute these findings primarily to the crises of the last decade – namely, the financial/Euro-crisis, the migration crisis, Brexit and COVID-19.

They also assert that these shifts in civil society sentiment have been facilitated by social, cultural and technological developments that have given rise to ‘trans-European networks’, and make having a physical presence in the political heart of the EU – Brussels – much less important for engagement in European issues.

Luke Cooper, Associate Researcher at LSE IDEAS and co-author of the report said, “Since the 2008 financial crisis civil society strategies have adapted to the Europeanisation of domestic politics. Whereas once change at the EU level was considered a desirable but secondary aspiration of social movements, it has now become a primary goal, to be pursued at least in tandem with national efforts. This has driven the emergence of what we call ‘insurgent Europeanism’, groups and networks mobilising within and across national borders with new visions for Europe. The Conference on the Future of Europe may well frustrate the demands of these groups, but they are an important new force in European politics.”

Professor Mary Kaldor, co-author of the report and Director of the Conflict and Civil Society Research Unit at LSE said, “This report shows that pan-European civil society is reimagining democracy. Twenty first century democracy needs to be multi-level (local, regional, European as well as national) and civic participation and deliberation needs to supplement traditional representative democracy.”

Iavor Rangelov, Assistant Professorial Research Fellow at LSE IDEAS and co-author of the report said, “Our research showed that activists and movements across Europe are re-engaging with the European project and seeking to play an active role in shaping its future. The first big test for the commitment of the EU to meet the demands of civil society is the Conference on the Future of Europe, which was conceived as ‘a new push for European democracy’.”