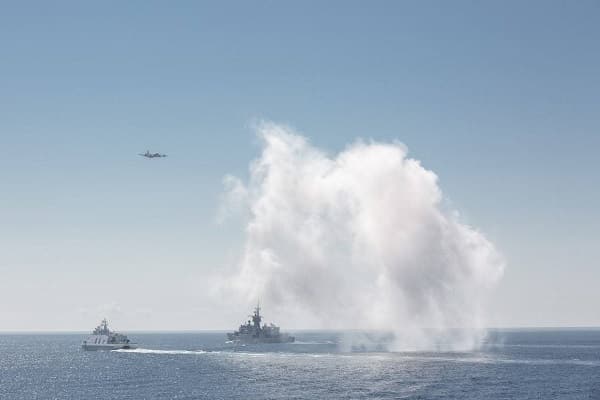 China has threatened to “shoot down” the US House of Representatives Speaker Nancy Pelosi’s plane as she is set to visit Taiwan’s capital Taipei.

Pelosi is expected to visit Taipei this week ignoring warnings from China that she will be gunned down and the ambassador to the US, Qin Gang, warned the country’s military “will not sit idly by when it comes to safeguarding national sovereignty and territorial integrity.”

Taipei said that they are sending “warm welcomes” to foreign guests, and Beijing claims that Taiwan is part of China and is accusing the US of working to “reunify” the country.

According to the local outlet Setn, the Taiwanese National Defense Ministry urgently cancelled leave from some officers and troops and briefed air defence forces to “prepare for war.”

Chinese foreign ministry spokesman Zhao Lijian warned n Monday that Beijing “will not sit back” in what he calls “a gross interference in China’s internal affairs,” then sent a further warning of “very serious developments and consequences.”

Last week a Chinese government propagandist warned that Beijing’s military could attack the Pelosi’s plane if it was escorted to Taiwan.

In a now banned tweet, quoted in Insider, Hu Xijin, a commentator with the Chinese-state-owned Global Times, wrote, “If US fighter jets escort Pelosi’s plane into Taiwan, it is [an] invasion.

“The [People’s Liberation Army] has the right to forcibly dispel Pelosi’s plane and the US fighter jets, including firing warning shots and making tactical movement of obstruction.

“If ineffective, then shoot them down.”

Chinese warplanes have flown close to the median line which divides the Taiwan straight, along with several Chinese warships, a source told Reuters.

CNN last month reported that national security officials were working to convince Pelosi over the risks of her visiting Taiwan.

CNN noted, e“Administration officials have shared their concerns not only about Pelosi’s security during the trip, but also worries about how China may respond to such a high-profile visit.”