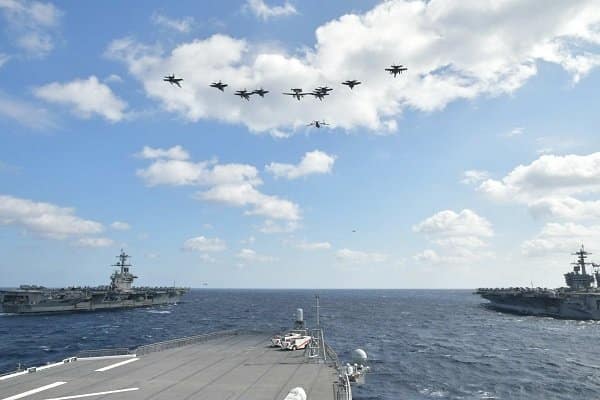 Relations between China and the US have been described as “toxic” and Xi-Jingping will most likely “respond militarily” if Nancy Pelosi goes ahead with her planned visit to Taiwan.

A foreign policy analyst warned the stakes are dangerously high should Pelosi visit Taiwan because China views this a show of US force for the Island, becuase Xi-Jingping sees the territory as still belonging to Beijing.

The Speaker of the US House of Representatives has invited other senior officials to join her on her visit, which suggests that Pelosi is likely to continue with her planned trip to Taiwan.

Taiwan has a fully functioning democracy with its own President, Tsai Ing-wen – but China regards the island as part of their territory.

Bonnie Glaser, director of the Asia Program at the German Marshall Fund of the United States, warned, “The relationship is in such a toxic state. Mutual distrust is really at an all-time high.

“I think people don’t realise how dangerous this particular moment is.”

Chinese state media reported that Jingping said the US should abide by the “one-China principle.”

“Those who play with fire will only get burnt,” Chinese state media quoted Jingping as telling the US President Joe Biden. “(We) hope the US side can see this clearly.”

Former UK national security adviser Lord Darroch welcomed the talks, but he warned, “I still think there’s a chance of getting China in a position over the next few years where it’s a constructive member of the international community but I’m afraid there’s lots of scope to be worried about.”

Glaser was asked what would happen if Pelosi’s visit goes ahead, she told the Grid website, “It is likely I think that China will respond militarily.

“I don’t think that they’re going to fire or try to shoot down Pelosi’s plane. But there are lots of other ways that they could try to interfere with the aircraft that she’s on.

“They could try and prevent her from landing or force her to land on the mainland instead of in Taiwan, or just simply try to escort her aircraft showing that they have sovereignty over the airspace.

“Even if the People’s Liberation Army aircraft fly within the territorial airspace of Taiwan, that would be a first. It would be unprecedented.”

She added: “If Chinese aircraft tried to force Pelosi’s aircraft out of Taiwan’s airspace or prevent her from landing then that just increases the potential for a dangerous incident.

“And that then would certainly cause a political crisis.

“Whether it would escalate to a broader military crisis remains to be seen, but it would certainly cause a political crisis.”

Michael McCaul, a Texas Republican and senior member of the House foreign affairs committee, and Democrat Anna Eshoo, told NBC they had both been invited to visit Taiwan.

McCaul said, “Any member that wants to go, should. It shows political deterrence to President Xi.“

“But Pelosi should also pay attention to the military if it’s going to cause a blowback and escalate things.”