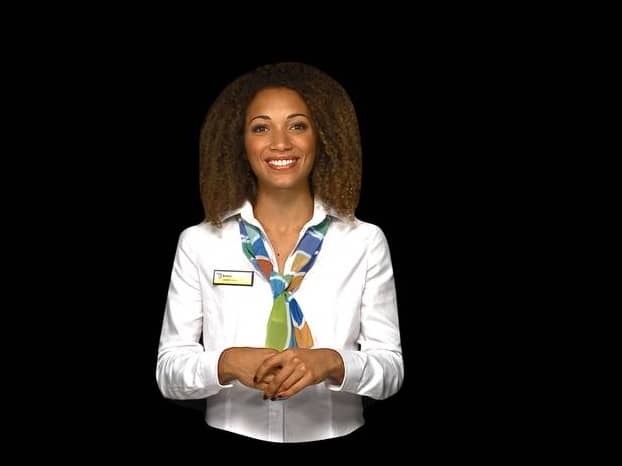 Brent Council gets a hologram receptionist to replace its human one

The future is here today, and you can see it in… Brent. Its town hall is going to get a hologram receptionist in place of a human one.

Brent Council has invested £12,000 in its new hologram receptionist “Shanice” (above), who will look like she’s sitting behind a desk in its civic centre, but actually be projected onto a screen.

Shanice is able to answer a limited number of questions, and can be reprogrammed. She’s played by actor Shanice Stewart-Jones.

Brent Council said the Shanice hologram will save it £17,000 versus having a human receptionist, although there may be additional costs to reprogramme Shanice further down the line.

What do you think of Brent Council getting a hologram receptionist to replace its human one? Let us know in comments below or on Twitter @londonlovesbiz

Tesco to launch its own iPad-style tablet