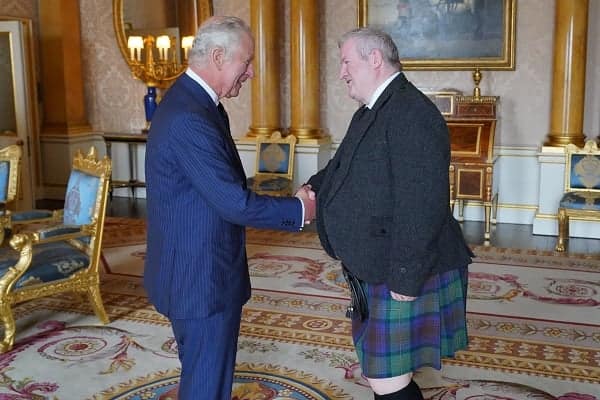 The SNP Westminster leader Ian Blackford has called the Labour leader Sir Keir Starmer to to “trigger a motion of no-confidence” in this disastrous Tory government.

Blackford has vowed to work alongside other opposition parties to try and force a general election.

He has written to the Labour leader as the opposition who is the only MP who can submit a formal vote of no confidence in the House of Commons.

Blackford said that opposition leaders “cannot stand idly by as the Tories attempt to impose their third prime minister in the space of three months.”

Boris Johnson odds slashed to 11/4 from 5/1 to win leadership race as MPs back his return, but doubts over total support remain

Blackford told the Labour leader, “It is time to trigger a motion of no-confidence in this disastrous Tory government and – most importantly – it is time for people to have their say in a general election.”

Should Sir Keir pass the motion of no confidence this could trigger an early general election which is not formally due until January 2025, but with the Tories holding the majority at Westminster it remains uncertain this motion could be passed.

However, the SNP MP insists that “with a vacuum at the top of the Tory leadership,” it is now time to “trigger that motion and attempt to force a general election,” adding that opposition parties need to “impose maximum pressure” on the Tory Party.

Blackford said, “I hope we can act together to stop this shambles, put maximum pressure on the Tories as they fight each other, and let the people have their democratic say in a general election.”

He added, “Having done so much damage, they simply cannot be allowed to impose a third Tory prime minister without an election.

“It would be unthinkable and undemocratic. Voters must get a say.”