Home Business News SNP are ‘appalled at the prospect of Boris Johnson coming back to power again’ saying, it’s ‘beyond the pale’ 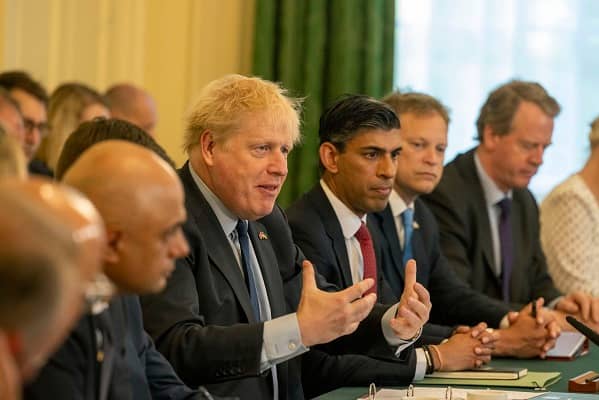 SNP Westminster leader Ian Blackford are preparing to fight for a general election as Boris Johnson was the first Prime Minister to receive a criminal penalty whilst in office over the “partygate” scandal.

Blackford said that Scots will be “appalled” over the prospect Johnson attempting to make a sensational comeback to Downing Street.

The SNP MP said “given everything that happened” when he was the Prime Minister it would “be beyond the pale” for Johnson to return.

He added, “It is almost beyond belief that the Conservatives would even consider this.”

Blackford told BBC Radio Scotland’s Good Morning Scotland programme, “I think people in Scotland would just be appalled at the prospect of Boris Johnson coming back to power again.

Savanta ComRes: A return for Boris Johnson is the most popular option among 2019 Conservative voters

“You really have to question what the Conservatives are thinking if they think it is reasonable and rational to bring this man back into some kind of leadership contest.

He added, “Boris Johnson being back in Number 10, given everything that happened, is beyond the pale, it is almost beyond belief that the Conservatives would even consider this.”

Blackford was asked by the BBC are they preparing for a general election, he replied, “Yes of course we are.

“We believe there should be a general election, this is a Conservative Government that has run out of time.”

He insisted that a general election is in the “national interest,” adding, this would “mean people have their right to have their say on this issue.”

He continued, “It shouldn’t just be down to Tory MPs and Tory members to pick the next prime minister.

“Time really needs to be up for this Conservative Government.”