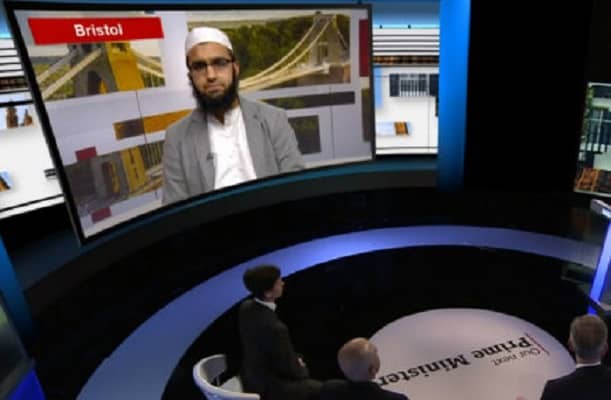 The BBC debate programme, Our Next Prime Minister show which was televised live on Tuesday evening has received criticism, as the corporation was not aware over the Imam’s previous comments on Israel.

The BBC has said, had they been aware over his past critical comments, he would not have been selected to have appeared on the show.

Imam Abdullah Patel asked the Tory leadership hopefuls about Islamophobia however, the Imam has been criticised over his past tweets.

He previously wrote, “Every Political figure on the Zionist’s payroll is scaring the world about Corbyn. They don’t like him. He seems best suited to tackle them!”

It has further been alleged that the Imam had previously shared an image endorsing the relocation of Israel to the US, suggesting this would solve the Israel and Palestine conflict.

2) It was AFTER the show that Mr Patel reactivated his account revealing his tweets. We wouldn't have put him on the programme if these were public before broadcast but they were not. We also carried out a number of other routine checks which didn't uncover anything untoward.

Rob Burley, who edited the BBC programme said Patel’s Twitter account was deactivated ahead of his appearance on the debate and reactivated his account after the debate. It is therefore obvious as to why he would have done this.

Thus meaning there was no way that the Burley or the BBC could have known anything of the Imam’s previous comments, given the facts.