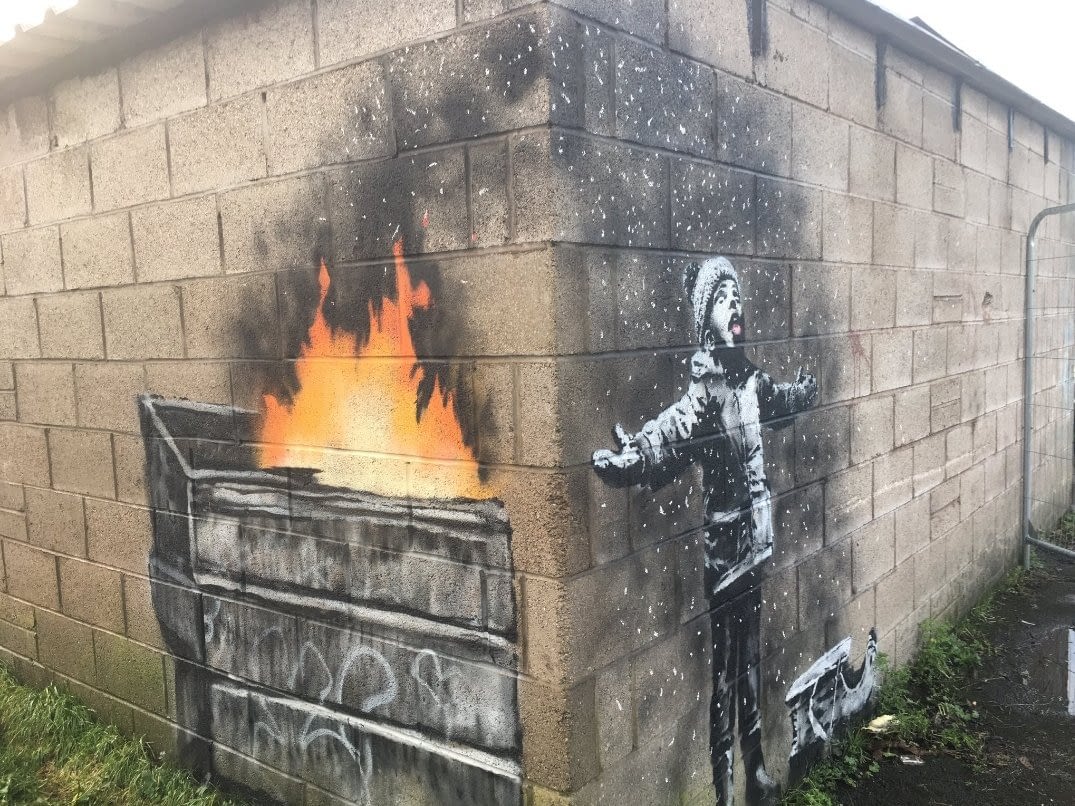 Essex based gallery owner John Brandler has bought the Banksy artwork that appeared on a garage wall in Port Talbot, South Wales in December last year for a “six figure sum.”

Port Talbot steelworker, Ian Lewis who owned the garage and artwork said the sale was “a weight off my shoulders,” some 20,000 people have visited the artwork since December.

Brandler said the artwork will stay where it is for a “minimum of two to three years.”

“It’s where it belongs.

“It could be the control magnet for other tourist-based opportunities in the town.

“I have other pieces by Banksy and, depending what is discussed with the local council and the Welsh Government, I could have half a dozen Banksys on display in the town.

“Let’s take it and move it into the middle of the town where the public can see it without anybody stopping them.”

Lewis who found the mural on his garage said, “I think the town has fallen in love with it, I think everybody loves it and it would have been a shame for it to move from the area.

“There were lots of offers, lots of options of what people wanted to do with it. There were art collectors, dealers, people who wanted to take it away basically.”

He added, “The artwork is going to be moved and I’ll rebuild the garage. I think that every graffiti artist in the area is going to come down and have a go at it now though, although I don’t think Banksy will be back again,” Mr Lewis added.

“I’m still thinking about what to do. Now the stress has been lifted off me I should have more time to think about what I really want to do. I’m planning to stay here, maybe a few little holidays, but I’m going to stay in Port Talbot.

Banksy painting depicting MPs as Chimpanzees to go under the...