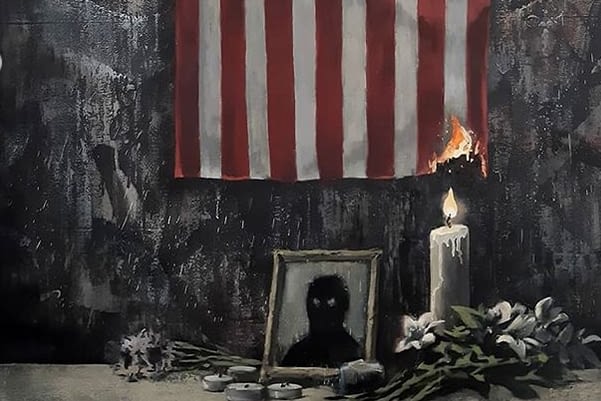 The world-famous street artist Banksy has unveiled fresh artwork inspired by the tragic death of George Floyd in the US.

Banksy posted the new artwork on Instagram on Saturday and wrote, “At first I thought I should just shut up and listen to black people about this issue.

“But why would I do that?

It comes as millions of people have been protesting across the world over the death of Floyd on 25 May, at the hands of US police after an officer pinned him down using his knee on his neck.

On his Instagram post a painting of a vigil candle can be seen burning the American flag, with an image of a black person in a picture.

Banksy wrote in his post, “People of colour are being failed by the system. The white system.

“Like a broken pipe flooding the apartment of the people living downstairs. This faulty system is making their life a misery, but it’s not their job to fix it.

“They can’t – no-one will let them in the apartment upstairs.