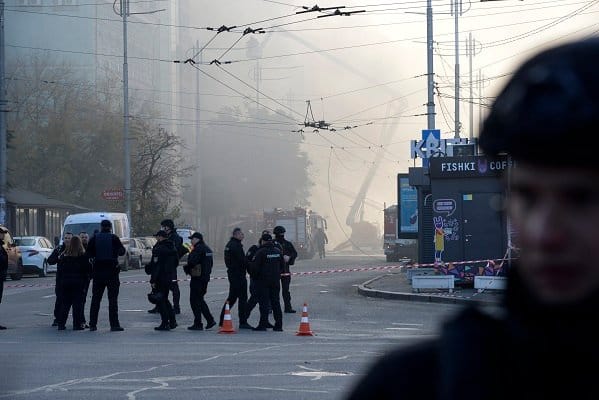 There is much speculation that street artist “Banksy is in Ukraine” after graffiti art has been seen in the suburb of Borodyanka, near Kyiv.

The art work depicts a child throwing Vladimir Putin to the floor in a Judo match, who was kicked out as the honorary president of the International Judo Federation in May amid the war in Ukraine.

Ed Ram who is a photojournalist in Ukraine working for Getty Images said that the suburb of Borodyanka was under heavy Russian missile strikes in the first few weeks of the war.

“Russian President Vladimir Putin, who was a black belt in judo, was removed from his position as honorary president of the International Judo Federation in May.”

After a 15-month silence it would appear Banksy is in Ukraine with new works in Borodyanka and Kiev's Independence Square. 🇺🇦 pic.twitter.com/RFoWLXHUmu

Bristol Live reported that Martyn Reed who is an artist, curator and an events manager also shared the image of the art work.

Reed told Bristol Live, “It’s beginning to look like Banksy is in Ukraine. There was some debate when the first stencil appeared, but surely this dispels any doubt.

“Expect to see more popping up in the coming days.”