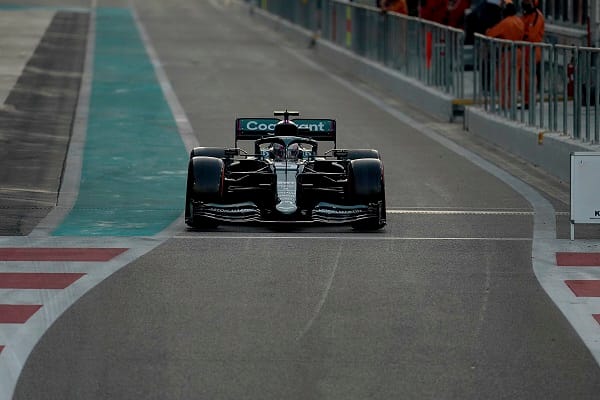 The Board of Aston Martin Lagonda Global Holdings plc (the “Company”) today announces that by mutual agreement Tobias Moers will stand down from his role as Chief Executive Officer. He will leave the Board of the Company with immediate effect and support the leadership team with a smooth transition until the end of July. The Board is grateful for all that Tobias has contributed during his time at Aston Martin, setting the Company in the right direction, building new foundations and improving its operations.

The Board announces the appointment of Amedeo Felisa as Chief Executive Officer. A former CEO of Ferrari, he is one of the most highly regarded leaders and engineering professionals in the high-performance luxury sports car sector. Currently a Non-Executive Director of the Company, Amedeo will be appointed an Executive Director with immediate effect.

Amedeo has spent his entire career in automotive and engineering with over 26 years in leadership roles at Ferrari, including eight as CEO, guiding the Italian-based luxury automotive OEM through its turnaround and growth phase as the engineering and product-development force behind every new model.

With Aston Martin set to enter a new phase of growth and development, Amedeo will focus on delivering the Company’s continued strategic objectives, financial targets and roadmap towards electrification. To meet these goals, Amedeo is to implement and lead a new organisational structure with a focus on broadening the technical team through the promotion of internal talent together with added expertise of strategic external hires, identified and set to be announced in the coming weeks.

To further strengthen the leadership team, the Company has also appointed the highly experienced engineer Roberto Fedeli as its Chief Technical Officer. Roberto is another proven leader in the luxury high-performance sports cars sector. He is considered the creator of Ferrari LaFerrari, the Italian company’s first hybrid supercar as well as some of its most iconic models during his 26-year tenure. Roberto will join Aston Martin with effect from 1 June 2022 to lead the Company’s technical team and expand its reputation for cutting-edge engineering. He will be bringing his extensive knowledge, passion for innovation and his most recent experiences in the implementation of electrification technologies during his time at BMW.

To deliver the next-generation sports cars, and lead the way to electrification, these two appointments will significantly strengthen the senior leadership team which, combined with the new organisational structure, will drive further and faster innovation and instil greater cohesion and effectiveness across the Company.

Lawrence Stroll, Aston Martin Lagonda Executive Chairman, said: “Firstly, I would like to extend my thanks and appreciation for all that Tobias has achieved. He joined Aston Martin at a critical time for the Company and brought significant discipline to its operations. The benefit of these actions is clear in the improved operating performance of the Company and in our great new product launches.

“Now, there is a need for the business to enter a new phase of growth with a new leadership team and structure to ensure we deliver on our goals. Our new organisational framework will support the Company to its full potential, foster greater collaboration, a more cohesive way of working, both internally and externally, especially with our strategic partners, including Mercedes-Benz AG, and further accelerate technology transfer programmes with the Aston Martin Aramco Cognizant Formula OneTM Team.”