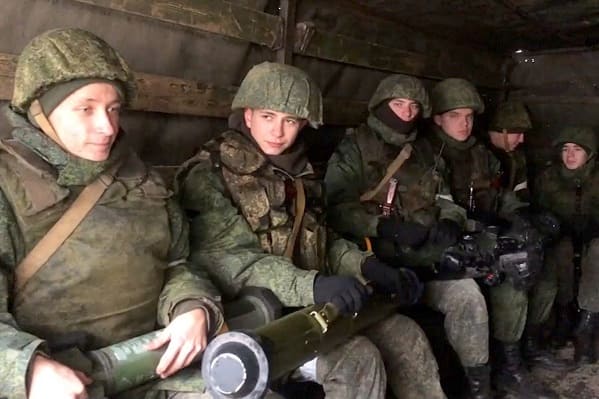 Young student Russian conscripts have literally “been thrown into the s**t” given oversized helmets and 1940s weapons which “don’t f***ing fire.”

The Russian conscripts have been issued with issued with 1940s AK47s and a video shared on social media shows one complaining, “Know the truth! The Russian Ministry of Defence has no idea about us, or what we’re doing here.

According to The Times, another student soldier added, “Our rifles are from the 1940s! They don’t f***ing fire!

He complains, “We’ve been given automatic rifles to take on Grads, artillery, mortar shells.

“We’re asking you to spread this.”

The young teenagers are near to the Russian border in a back of lorry near to the city of Sumy which has seen fierce fighting by highly trained Ukraine soldiers in recent weeks.