CLICK HERE TO WATCH THE FULL VIDEO
Home Business News Yet another Christmas party took place at No.10 during lockdown as staff ‘were all getting totally plastered’ 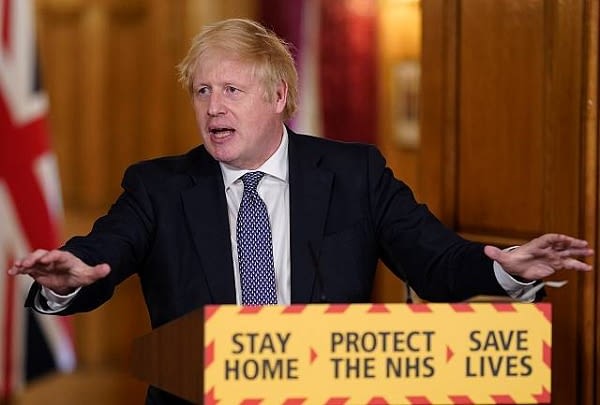 Yet another Christmas party took place at No.10 during lockdown as staff ‘were all getting totally plastered’

Another bombshell set to hit ‘liar’ Boris Johnson as his former top aide Dominic Cummings said that there was yet a further Christmas party which took place on 13 November, where staff in No.10 “were all getting totally plastered.”

Johnson is hanging on by a thread as he was grilled in the Commons today during Prime Minister’s Questions (PMQs) and was asked Catherine West MP about “whether there was a party in Downing Street on November 13.”

Johnson told MPs, “No that never happened, but I am sure the guidance and the rules were followed at all times.”

However, the former aide to the Prime Minister took to Twitter to hint at another bombshell about to explode for Johnson, Cummings tweeted, “Will the CABSEC also be asked to investigate the *flat* party on Fri 13 Nov, the other flat parties, & the flat’s ‘bubble’ policy…?”

These claims now suggest there was a third, smaller gathering on 13 November, the very night Cummings walked out of  Downing Street, “where they were all getting totally plastered”.

Another source claimed, “While senior civil servants were urging caution and there was one message to the public, Prime Minister gave the impression that it could be very relaxed in No 10.

The Tory MP text ITV’s Paul Brand, “I’m tired of it. He has to go. Clean sweep. It’s unsustainable.”

The SNP’s Westminster leader Ian Blackford also called on Johnson to resign in the Commons during PMQs.

Blackford said, “This video is damning and leaves the Prime Minister with a lot to answer for.

“When every individual up and down the country was told to stay at home in order to protect the NHS, the Tories were instead having a Christmas party which, as a senior staff member has now confirmed, was ‘not socially distanced.’”