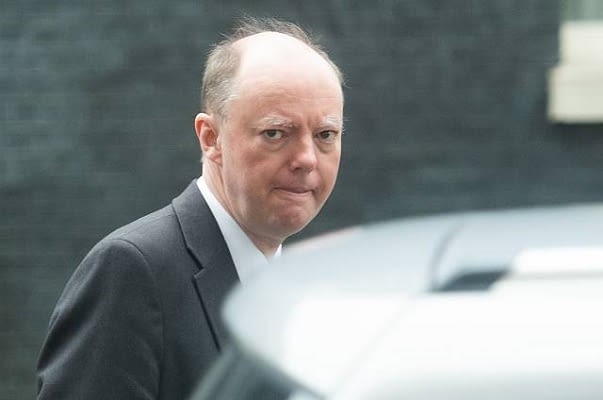 England’s chief medical officer, Professor Chris Whitty who advises the government has warned on Tuesday there will “definetly be another surge at some point.”

He said the crisis will cause a “long rain shadow” and there will be “bumps and twists on the road” as the UK prepares to exit the current national lockdown.

Addressing the Public Health Conference 2021, Professor Whitty told delegates, “The path from here on in does look better than the last year.”

He predicted that there will be a further spike in infections at some point, and possible vaccine supply problems.

Professor Whitty added, “There are going to be lots of bumps and twists on the road from here on in.

“There will definitely be another surge at some point whether it’s before winter or next winter, we don’t know.

“Variants are going to cause problems, there will be stockouts of vaccines and no doubt there will be multiple problems at a national level but also at a local level, school outbreaks, prison outbreaks, all those things that people are dealing with on a day-to-day basis.”

He said that many people have been drinking far more, exercising less and there has been an “increase levels of domestic abuse and loneliness.”

Professor Whitty said, “For some people lockdown has either made no difference or in some cases, if you actually look at the academic literature and surveys has even improved life, interestingly.

“But for many people, physical or mental wellbeing have been very badly affected by this.

He further warned of problems related to the impact of the national restrictions on people’s livelihoods.

He said that local authorities and the government have only been able to “reduce and not eliminate” those effects through help, for example as the furlough scheme.

He warned, “There will be many people who were close to deprivation who will now have been shoved further into it by the effects of lockdown and all of the things we’ve had to do.

“So there is going to be a very big job of work to do in terms of recovery and these are going to hit, in particular, people in their early working lives.

“These effects could, if we’re not very careful, be lifelong and that’ll be exacerbated by reductions in face-to-face learning in school and indeed in college, further education and universities, which are one of the most powerful engines for reducing deprivation over generations.

“So there’s going to be a long rain shadow to Covid.”