Home Business News What do the Conservative candidates for the next Prime Minister mean for small businesses? 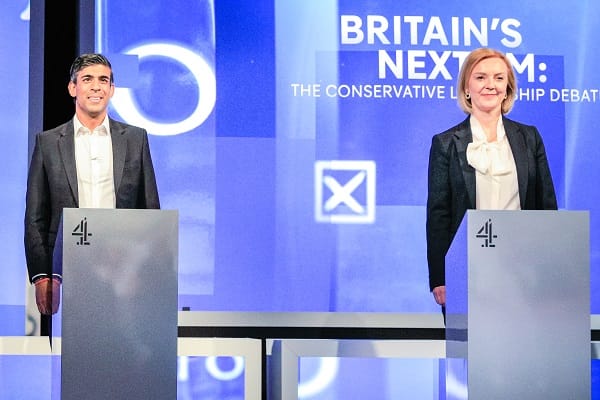 What do the Conservative candidates for the next Prime Minister mean for small businesses?

The Conservative leadership campaign has been whittled down to two final candidates – ex-Chancellor, Rishi Sunak, and Foreign Secretary, Liz Truss. One of the candidates will become the next Prime Minister and have the ability to impact Britain’s economy.

Ahead of the result being announced in early September, Lee Murphy, managing director of The Accountancy Partnership explains what each candidate’s policies might mean for the 5.5 million SMEs in the UK that make up 99% of the total businesses.

Murphy said Rishi Sunak, “As Chancellor of the Exchequer, Rishi Sunak oversaw the country’s finances throughout the pandemic. He was behind the various Covid support loans and grants, including the Self Employed Income Support Scheme (SEISS), which were lifelines for many. However, the scheme was also criticised for ‘wilfully ignoring’ as many as three million self-employed people, freelancers and contractors.

“Controversially, Sunak introduced a National Insurance (NI) hike earlier this year, which is not only a tax for workers but also for employers. As we approach the end of July, employers will be feeling the impact of this as they run their first payroll under the new rules. If Sunak becomes Prime Minister, this hike will likely stay in place and employers will have to pay higher NI contributions for each employee earning over the threshold.

“Sunak’s corporation tax hike from 19% to 25% in 2023 will also stay in place if he comes to power. Although all limited companies must pay corporation tax, businesses with profits of less than £50,000 are protected by a small profits rate that remains at 19%. This means that 70% of companies – approximately 1.4 million businesses – are completely protected from the hike and a taper rate means only 10% of the country’s highest profit businesses with profits of over £250,000 will be paying the 25% rate.”

Speaking of Liz Truss Murphy added, “Liz Truss has pledged to be more traditionally Conservative than Sunak. She has said she will “cut taxes, helping businesses to invest in their future”. This involves reversing the National Insurance and corporation tax hikes.

“Although tax cuts seem supportive for small businesses at first glance, reversing the corporation tax hike only really benefits high-profit businesses and increases competition as taxes don’t reflect the disparities in earnings. As well as failing to uplift small businesses, this level playing field would cost the economy around £11.9 billion in its first year and that money arguable needs to be recouped elsewhere.”