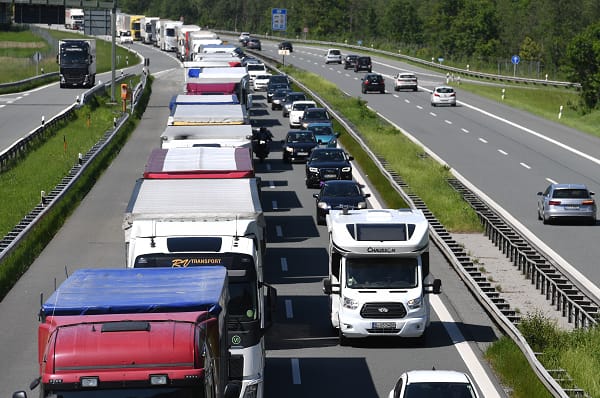 The haulage industry is under “strain” as soaring fuel prices and “panic buying” is leading to a “lack of diesel” following the Russian invasion with Ukraine.

Seamus Leheny, from Logistics UK, told the Infrastructure Committee in Stormont that there is no shortage of fuel on forecourts, but added that there is some evidence of panic-buying as fuel prices hit record highs.

“Fuel prices is a real strain on the haulage sector,” he said.

“A barrel of crude oil has risen 34% since the Ukraine/Russia conflict. Since the start of the year the rate increase in a barrel of oil has been 56%.

“I would stress there is no shortage of fuel in the forecourts here.

“What we are seeing is there are some people who are going to garages and there is a lack of diesel. That is simply because people are starting a little bit of panic-buying, they are putting more into the tank because they are seeing the prices increasing almost on a daily level.

“That is simply a supply chain issue, it is about getting enough oil from the terminals, but I would stress that there is enough fuel in the supply chain to keep everyone and all operators there and we would just ask that people remain calm and sensible.”

Committee chairman Jonathan Buckley asked Leheny what the-term effects would be for the haulage industry in terms of pricing amid the war.

Leheny said, “At the moment there is no exact forecast because it is still early days, but there will be pressures.

“There is enough fuel in the system, but what we are facing at the moment is more a shock to the system – consumers are filling their tanks up in desperation and panic.

“What we are looking at is supply chains. Probably about 40% of the iron ore that we use in the UK for manufacturing comes from Ukraine.

“We are going to have to re-source about half of the iron ore that we use for manufacturing and we have a heavy manufacturing industry here in Northern Ireland which relies on iron and steel.

“That is going to be a problem for us with cost increases for alternative sources.

“The longer this goes on, it is the lack of stability in the market, there is a shock to the system that may impact longer term on fuel prices and availability.

“Russia is not one of our larger suppliers of fuel, but it is an unknown.”