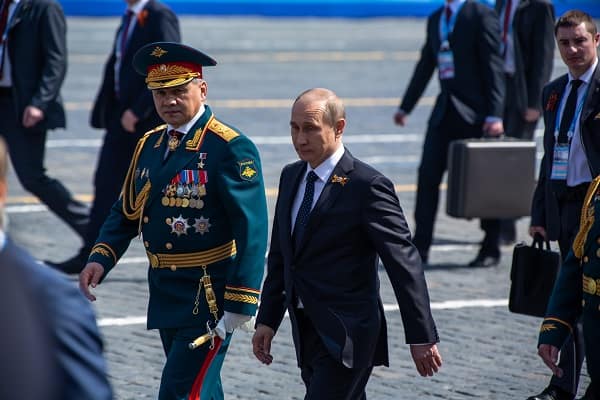 On Thursday morning the head of the Russian Orthodox Church called for Moscow and Kyiv to observe a Christmas truce as Orthodox Christians celebrate on 6 to 7 January.

The Kremlin said on Thursday afternoon that the Russian military will observe a 36-hour cease-fire in Ukraine from 12pm on 6 January until midnight on 7 January.

“Taking into account the appeal of His Holiness Patriarch Kirill, I instruct the Minister of Defense of the Russian Federation to introduce from 12:00 January 6, 2023 until 24:00 January 7, 2023, a ceasefire along the entire line of contact between the parties in Ukraine.

“Based on the fact that a large number of citizens professing Orthodoxy live in the combat areas, we call on the Ukrainian side to declare a ceasefire and give them the opportunity to attend services on Christmas Eve, as well as on the Day of the Nativity of Christ.”

This morning the Patriarch Kirill of Moscow who backs the Russian invasion of Ukraine has appealed to both sides to “cease fire and establish a Christmas truce,” this unlikely to be accepted by Kyiv as Russia continued to bombard Ukraine with cruise missiles over the festive period.

Kirill said, I “appeal to all the parties involved in the internecine conflict to cease fire and establish a Christmas truce from 12.00 on 6 January until midnight on 7 January so that Orthodox people can attend services on Christmas Eve and Christmas Day.”